Years ago, when we first moved to Iowa, I was amazed that a local television station would find an Iowa connection to any news story, worldwide. I’m not kidding. Earthquake in Japan? They would find an Iowa resident living in Japan near the epicenter. Landslide in California? The cousin of Uncle Barry’s Bait Shop lives just up the street. Hurricane on a deserted island in the Atlantic? Farmer Fred took his first vacation in 30 years to surprise his wife and got trapped there.

So it shouldn’t have surprised me to find two Iowa Connections while on our trip to the Upper Peninsula of Michigan earlier this month. Gene and I decided to take a day trip to see Macinaw Bridge. I was looking out the window and noticing that many people name their properties with cute signs like: Laze4Days; Beer Necessities; Deep Waters; Dam Breezy; World’s End; Scots Spot; and WeRHere. (I think I would name our lake house either Doc’s Rock or Chateau Lay Low!) Then we drove past a sign that said “Iowa Acres” in Hawkeye black and gold. I did a double take and said, “No way!” Since Gene was driving, we passed it before I could point it out to him. On the return trip, I managed to get a photo.

The next day, we stopped at a small BBQ restaurant to grab lunch before a boat tour.
They were just opening, so the owner struck up a conversation with Gene while our food was being prepared. Turns out his daughter lives just 30 miles from us. When Gene brought our food to the table and told me this, I said, “Of course you found an Iowa connection.” We decided that maybe it isn’t so far fetched of the television station after all. 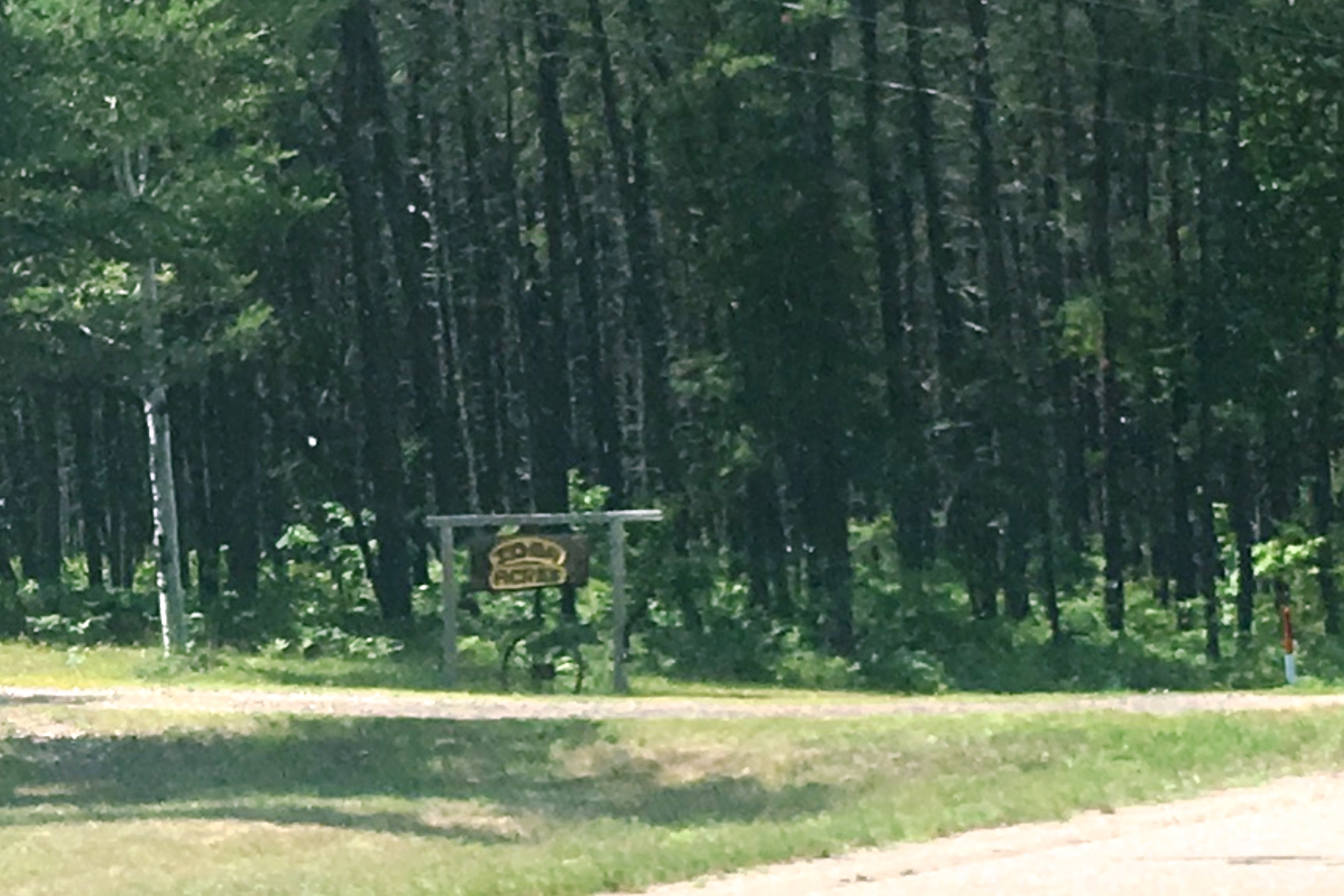