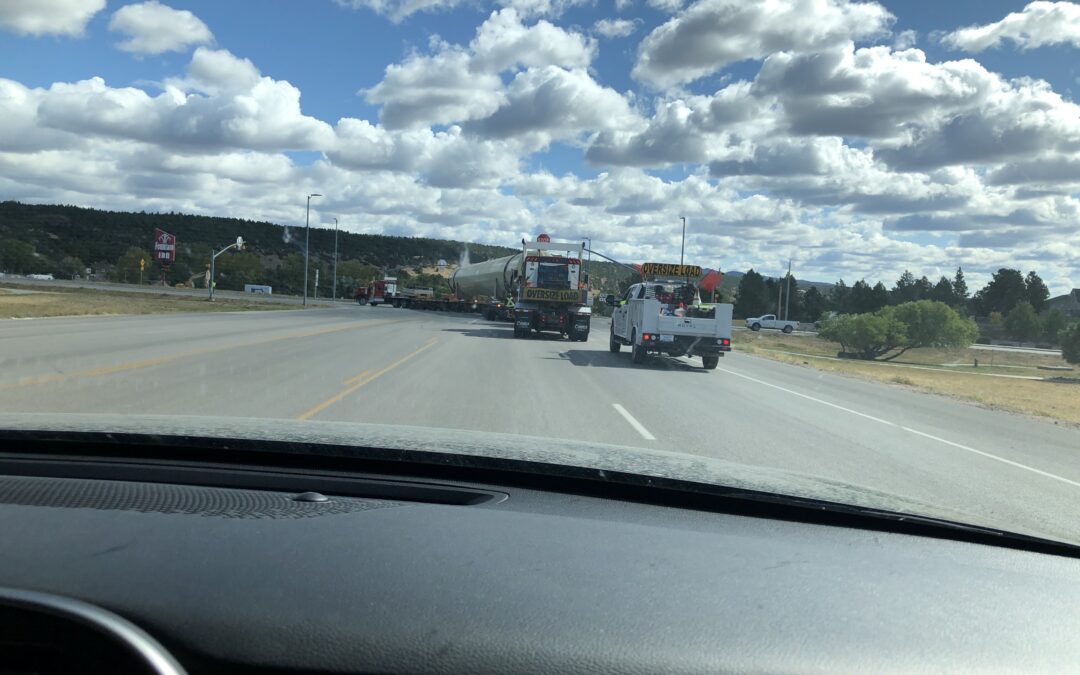 Our drives each day have been filled with beautiful landscapes and mostly mountain views. We are now about to head through eastern Wyoming where the population is sparse and there is a quiet beauty to the landscape (as long as you don’t have to cross it in a covered wagon or on horseback).

We only have a three hour drive today and it goes quickly.  We did run across signs of prehistoric dinosaurs as we turned off the interstate in Moorcroft.  I took a photo in case anyone doubts me.

We had a bit of a slowdown in Newcastle, WY when we got behind a large tank being moved along the highway shutting down traffic in both directions.  Since we weren’t in a hurry, we watched in interest as they moved this enormous tank around a curve.  We were grateful they weren’t going to Custer with us as a long drive at 12 mph would get old fast.

As we neared Custer, I started worrying about how I was going to break the news about our next “Bungalow” stay to Gene.  The usual hotels were available, but I ran across this listing and it intrigued me.  I mean, who wouldn’t want to stay in a restored 19th century bungalow with a purple mattress?  I break the news to him over lunch.  He is eating a bison burger (fifth day in a row and I haven’t given him a hard time about it once!) and fries, so I think it might be safe.  20 questions follow:

Does it have an air conditioner?  (yes, and HEAT, which we may need as it is 59 degrees out)

Does it have a king-sized bed?  (No, but it has a nice queen size purple mattress that has a vibrate feature AND a remote control!)

Does it have breakfast?  (No, but we can walk a block to the “Our Place” café!!)

Does it have more than one chair?  (Yes, it has a table and chairs, a sofa and a massage chair)

There were more questions, but some I didn’t know the answer to.  I’m thinking I might just have nailed this one when we pull up and see how cute it is.  Let me tell you, one step inside and Gene said, “You did good!”  I run around and take photos because everything is so cute.  Not only is the shower a walk in, you could practically drive through it.  We love our little bungalow.

We walked around the downtown area and decided to have a quiet night (because there was football on), so we walked to a local, authentic Mexican restaurant that featured Cancun influenced dishes.  The food was so good . . . and we weren’t late for football.  Tomorrow is a visit to Mt. Rushmore and Crazy Horse. 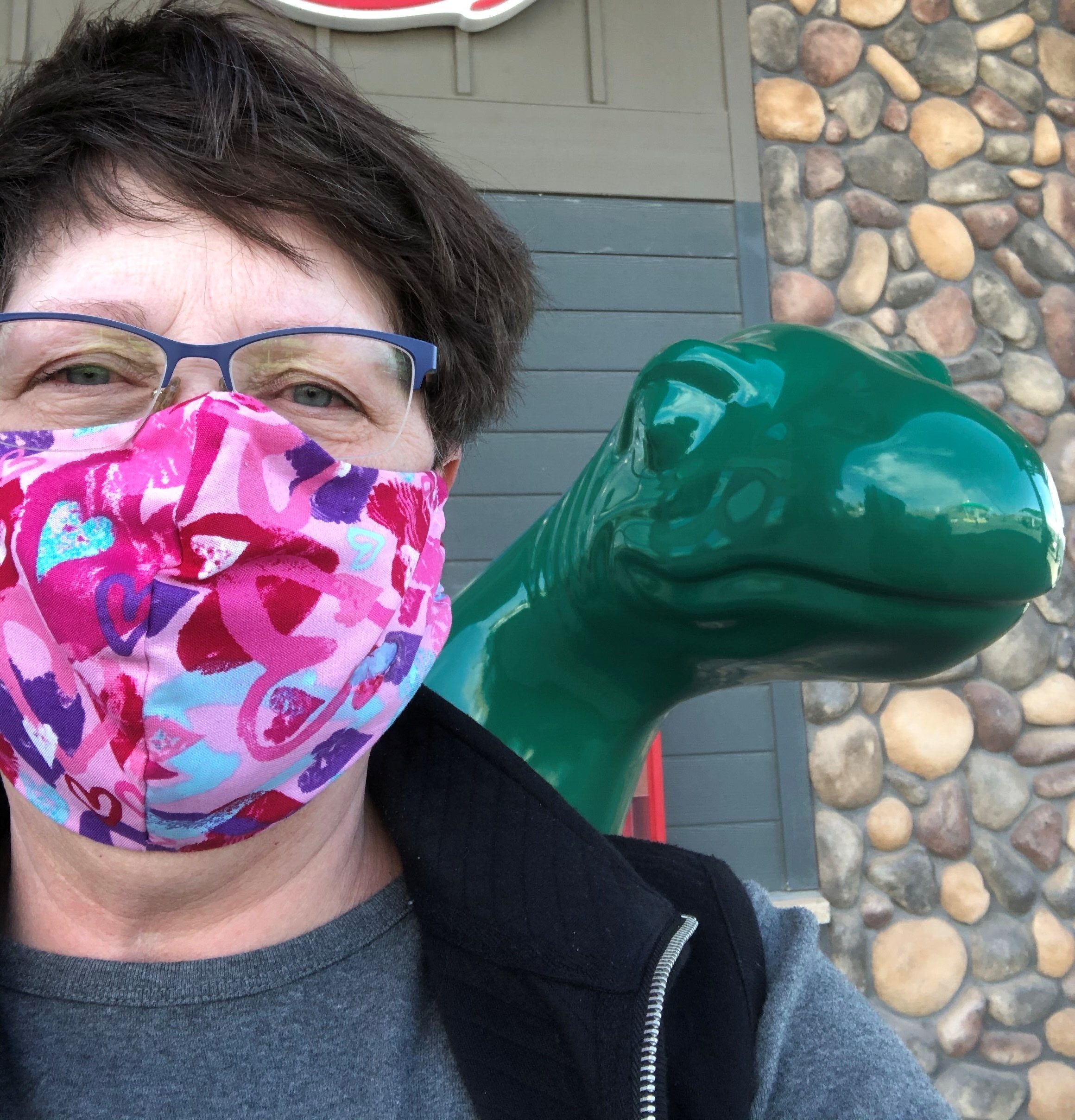 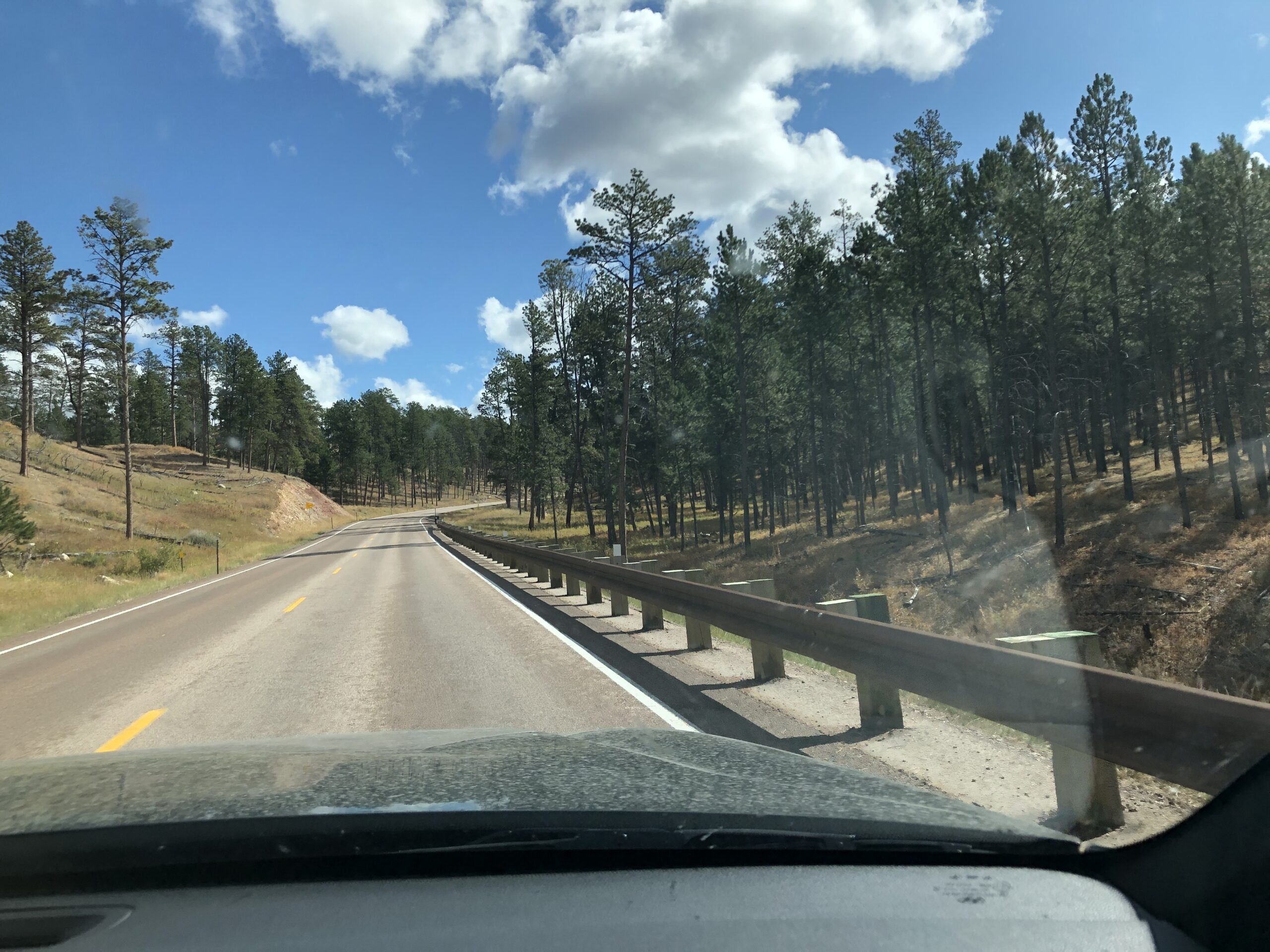 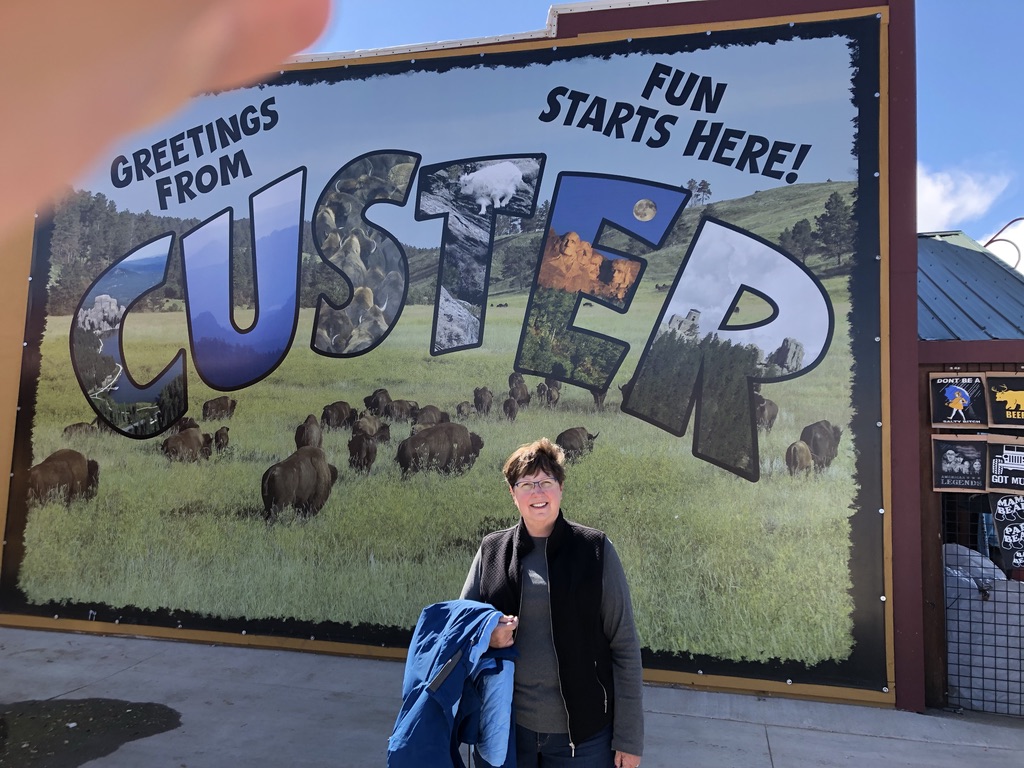 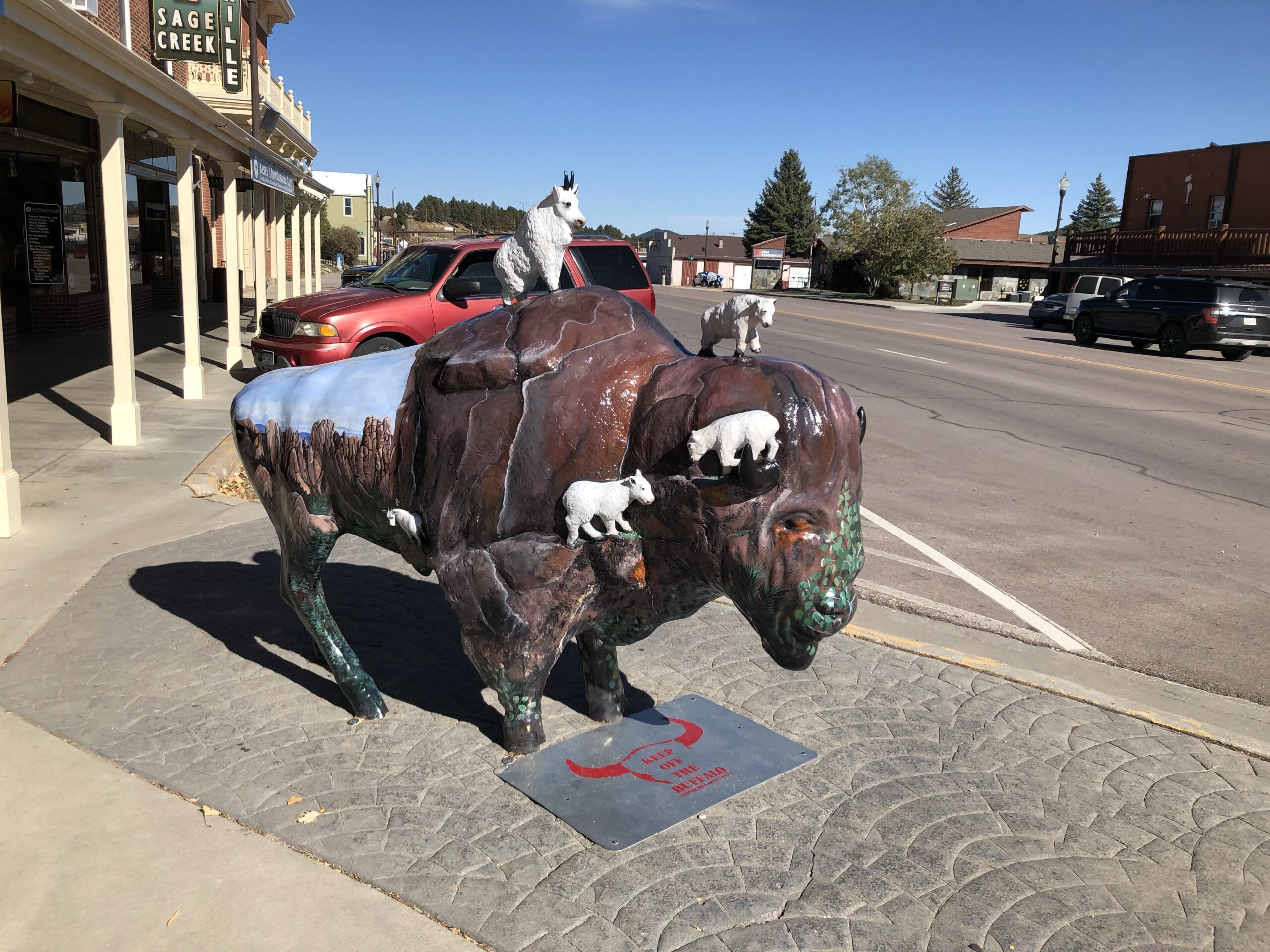 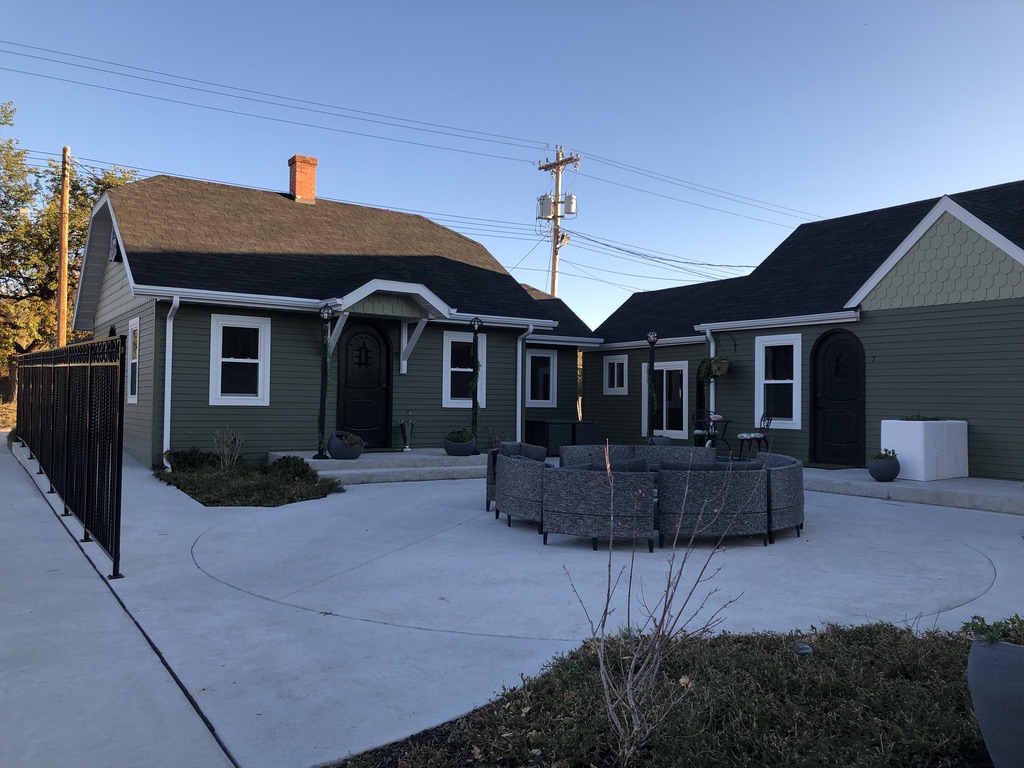 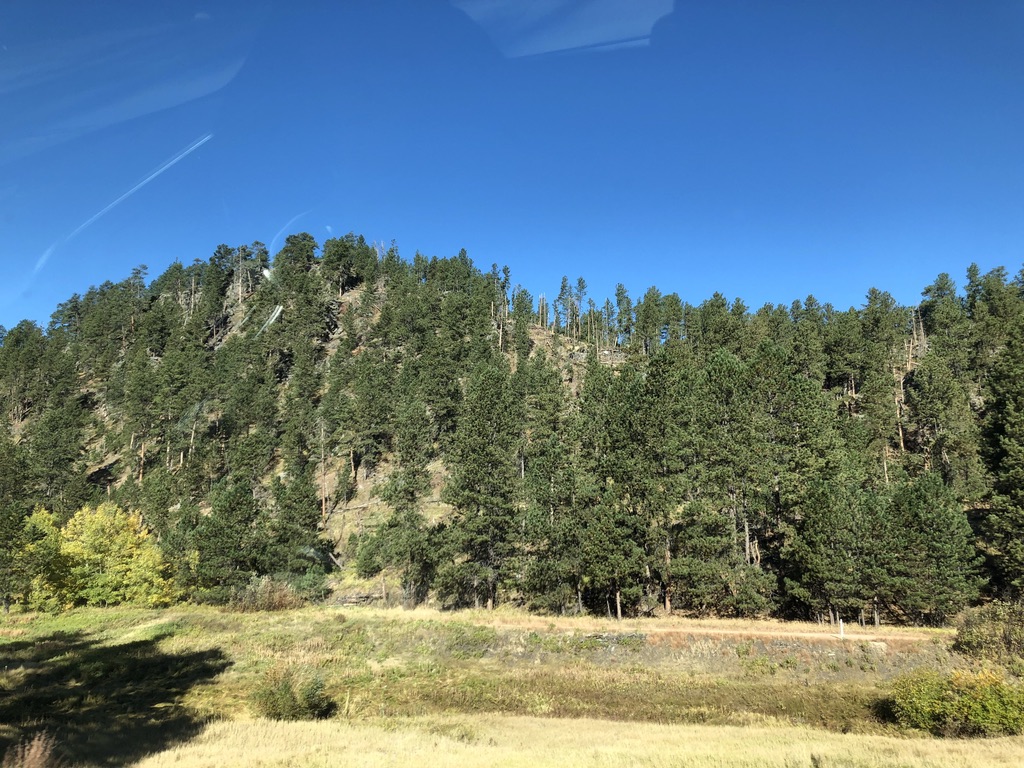 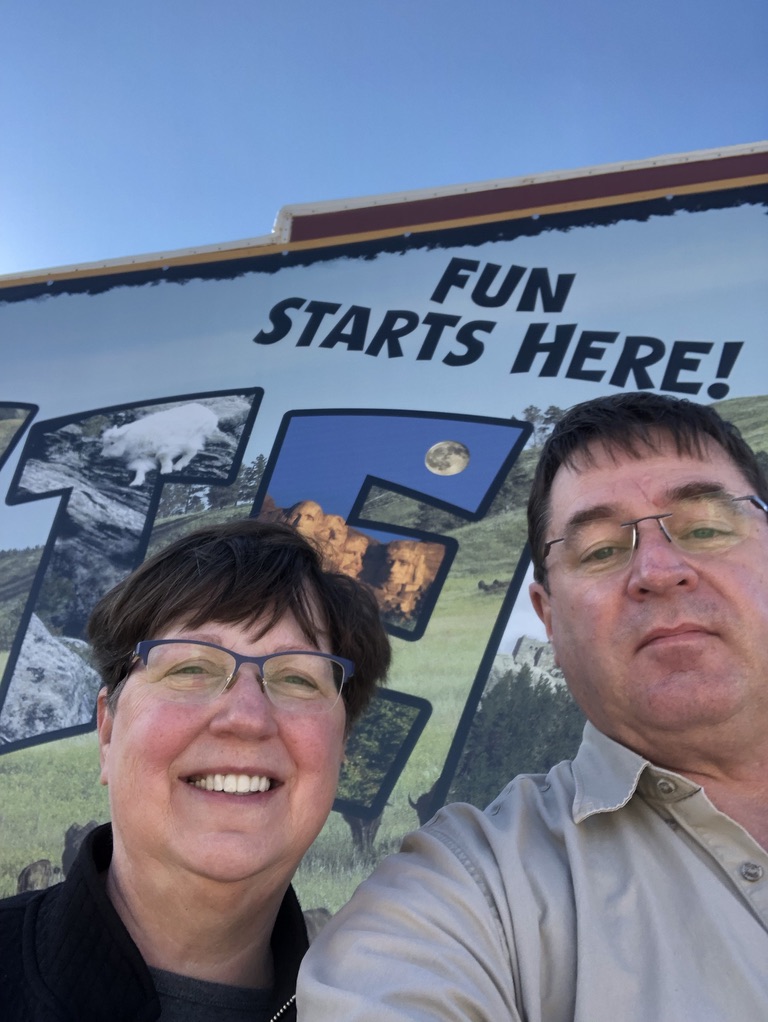 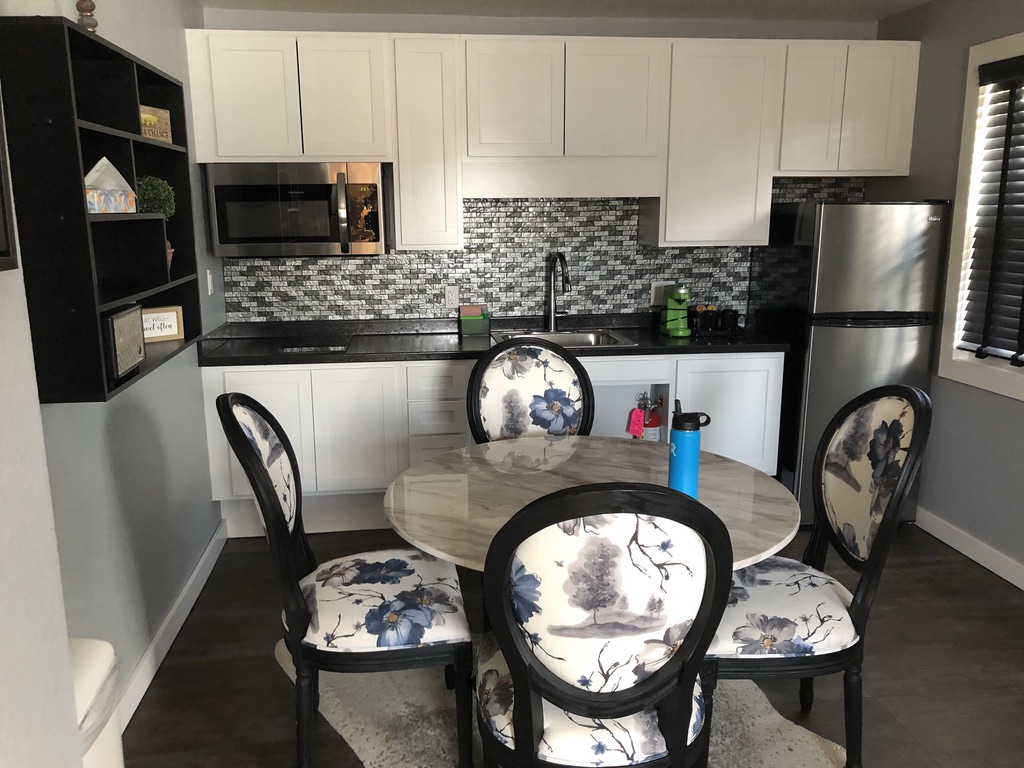 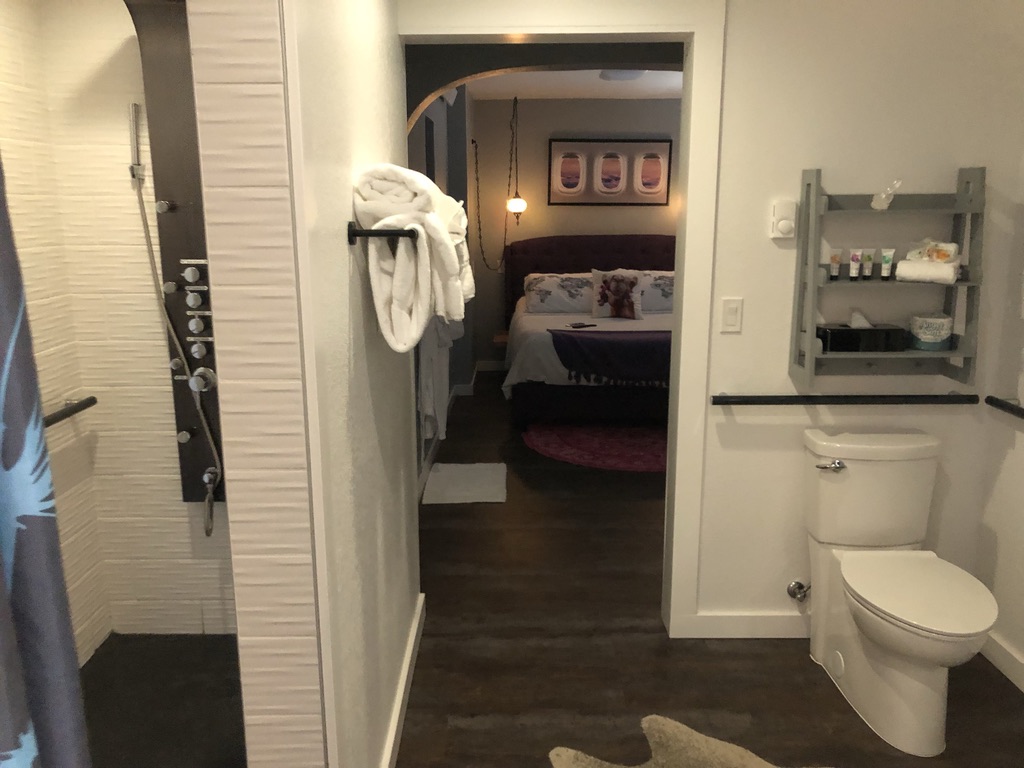 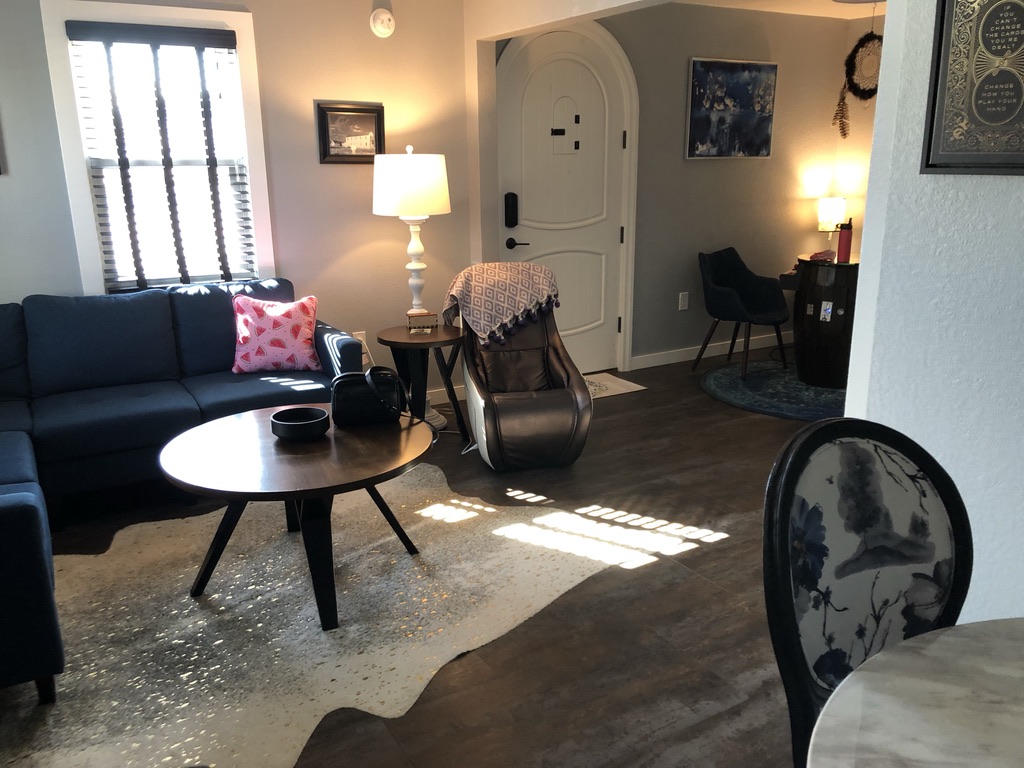 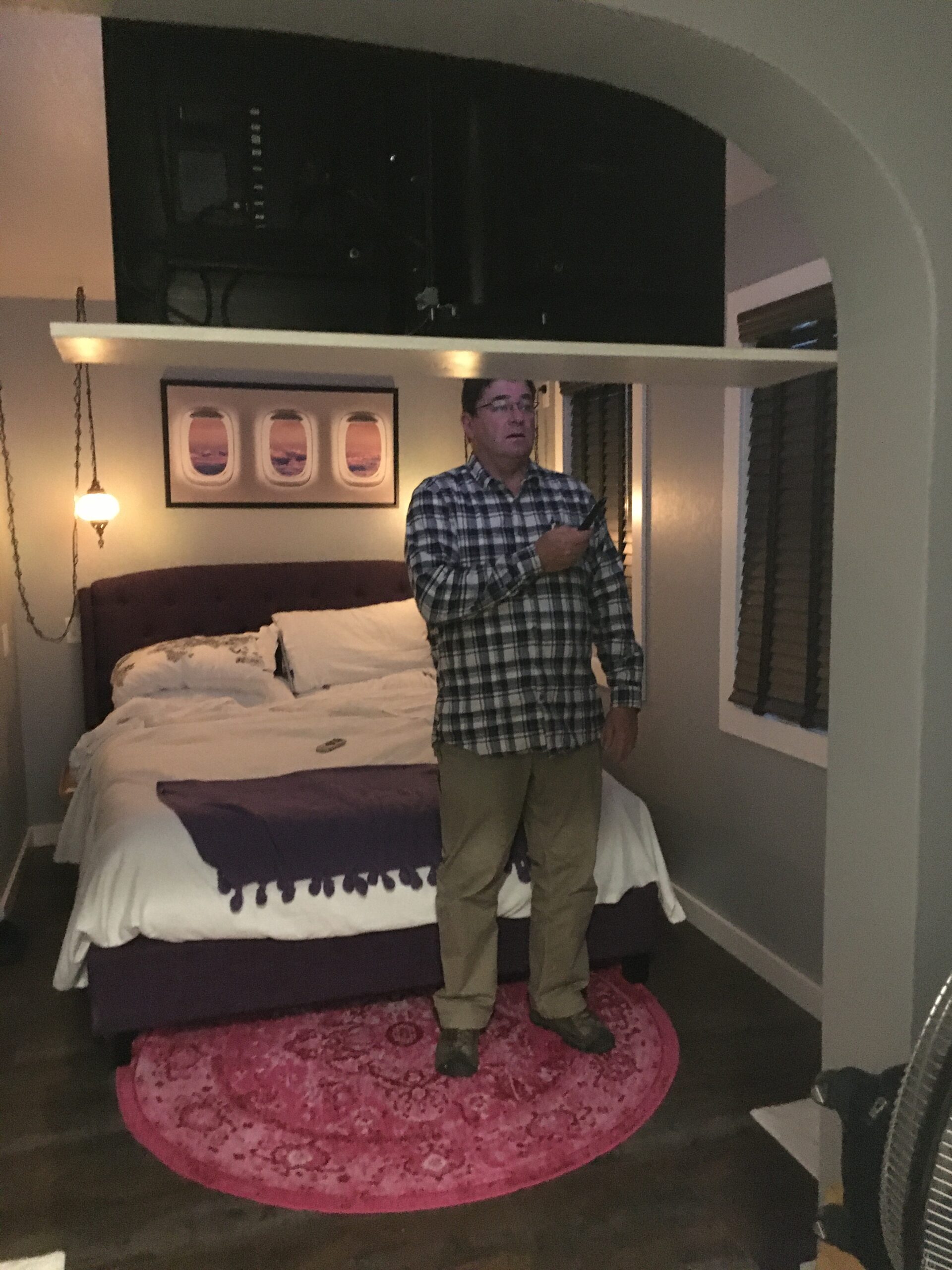