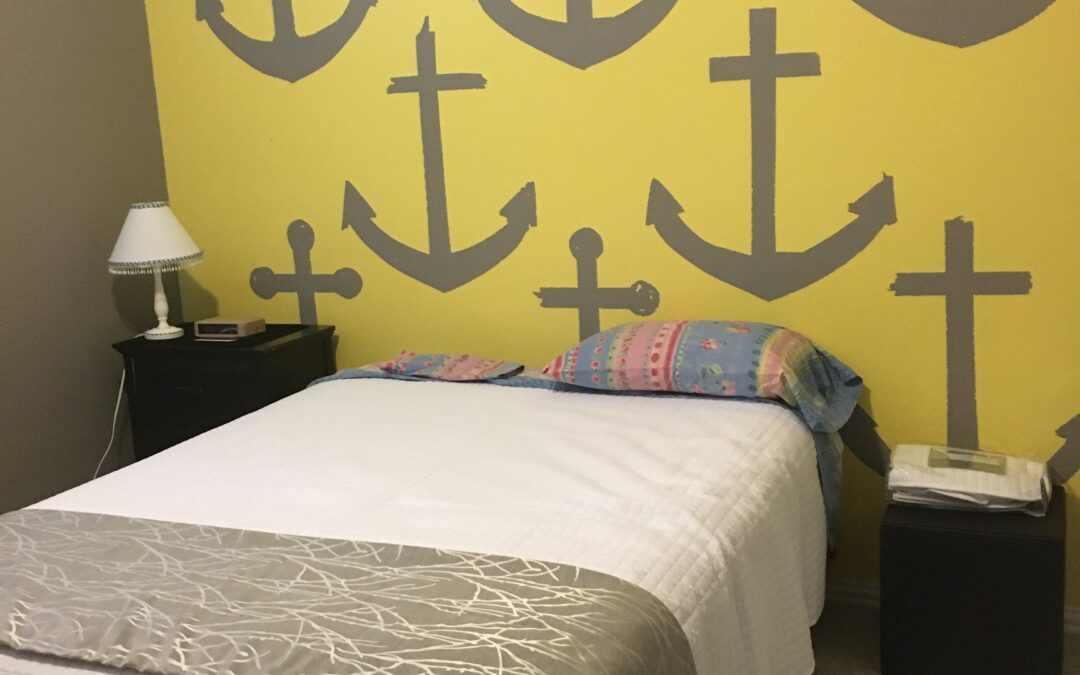 After several month’s of not traveling due to Covid, we decided to purchase a house in Texas near my mother and siblings so we could visit over the winter and periodically the rest of the year.  We had a house hunting trip lined up, but a family member became ill, so we cancelled the trip.  Instead, we asked my mother to meet our realtor and find a house for us.  Most people who know me could never imagine that I would be okay with this set up, but in fact, I saw it as a challenge and rather amusing.  I gave my mom a short list of  “must haves”  (two bedrooms, two bathrooms, and an office space) and a shorter list of “wants” (a single level island; a decent walk-in shower)  and told her that if the house didn’t smell bad, it was a bonus.  Mom and the realtor met, and we did indeed purchase a house sight unseen.  Sure, we had the online photos to view, but nothing beats having someone look at it in person.

A few months later, we went to Texas to close on the house and to visit it in person.  The realtor met us and let us in and we were so pleased with almost everything.  I was excited to see that the spaces seemed larger than they did in the photographs and everything looked practically new.  We couldn’t believe our luck!  And then . . . I rounded the last corner and stepped into the guest bedroom.  I stopped in my tracks and said, “Wowza!  Nobody mentioned that!”  The realtor called from the other room, “I see you found the anchor room.”  Yes indeed.  I had found the anchor room.  I looked at Gene and said, “You would think someone would have mentioned the anchor room.”  He laughed and said, “It’s only paint.”  It may only be paint, but it is banana yellow and battleship grey paint, and who thought it would be a good idea to use those colors together?  I can say that it brightened up the room.

When we got back to mom’s house, she asked if we liked the house.  I told her that we were in love with the house, but wondered why she didn’t mention the anchor room.  “What anchors?” she asked.  Are you kidding me?  How did she miss the anchors?  I pulled out my phone and showed her the photo and she said, “I didn’t see that when we looked at the house.”  She called my brother and asked if he noticed the anchors in the anchor room.  Nope, he didn’t see them either.  Let me just say this, those anchors aren’t subtle.  They are in your face, with a banana background.  My sister, on the other hand, had no problems seeing the anchors, but she swears they are fishing hooks.

When Danielle came to visit, I asked her, “How can you sleep in that room?”  She responded, “I never turn on the lights!”  We laughed and I said, “Maybe we can work with it and do a nautical theme?”  No, the anchors have to go.

As it turns out, they painted the anchors using painter’s tape to shape the anchors — and not very well.  And they used a LOT of banana paint.  Gene and I had to hand sand all the edges so that the new paint didn’t show the outlines.  It was a lot of sanding and we had a fine, banana colored dust covering us when we were done.  We sat on the floor looking jaundiced, guzzling water as I calculated how many coats of paint I was going to need to use.

I chose a soft, dove color, hilariously named “hidden treasure” to blend with the dark, battleship grey on the other walls.  I don’t miss the anchors, but I do still call it the anchor room.

A few days later, I mentioned to Mom that I was having trouble getting a photo of the llamas that live across the street from her neighborhood.  “What llamas?” my Mom asked.  She has lived there seven years and never noticed the llamas? 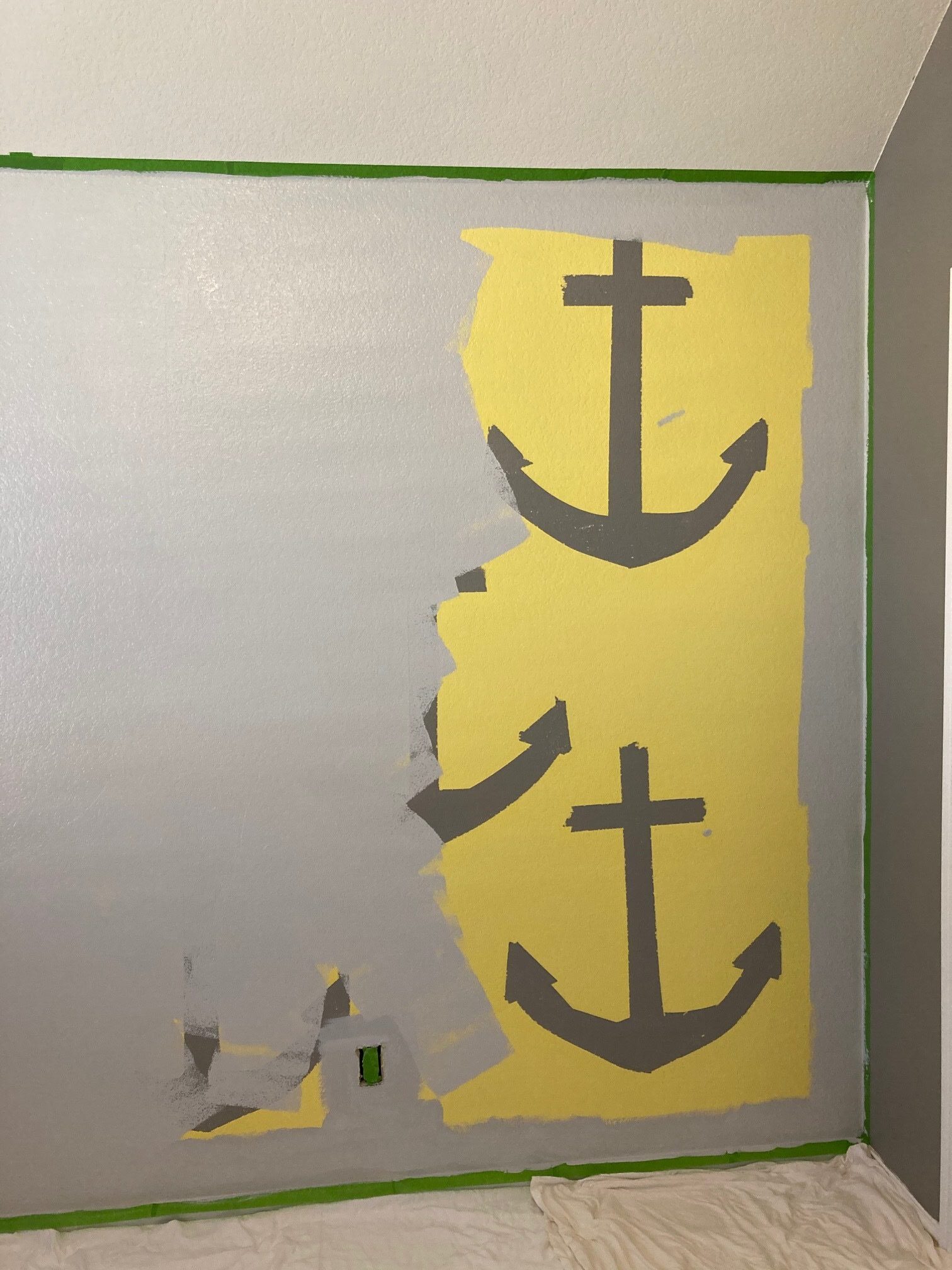 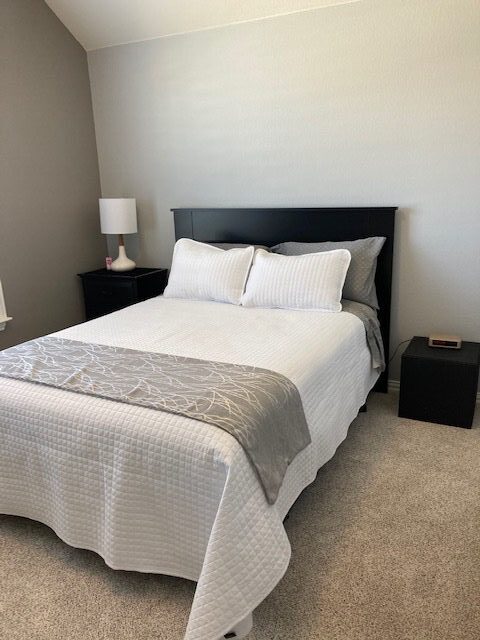