What Is Your Talent? 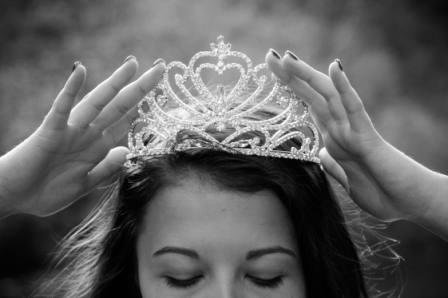 I remember watching the Miss America Pageant with my father when I was a young girl. It was sometime in the mid 1960’s and Miss Kansas won the title.  She lived about 30 miles from where we lived at the time, and I was beside myself.  My dad told me that someday I might be able to be Miss America too.  Honestly, I was all about the fancy dress and tiara and didn’t really understand what it would take to become Miss America.  But I did have one big concern . . . what would my talent be?  I was probably eight years old at the time, and I spent an inordinate amount of time trying to decide what talent I would perform.

I finally decided that I would sing “Somewhere Over the Rainbow” as my talent and began practicing.  I would sit under the water tower in our rural Kansas town and sing the song (loudly) over and over, just waiting to be discovered.  True, it was summer and there wasn’t much to do in a town of 555 people, and we only got two stations on television — even with a giant antenna. It is possible that I didn’t know all the words to the song and just sang the opening line over and over again.  And I vaguely remember people closing their windows, but my Dad said I could be Miss America and I wasn’t going to fail due to lack of practice.

I was (and still am) mediocre and many things.  In second grade when I asked the art teacher for a ruler so that I could draw the ground in my garden picture, she walked me to the window and pointed outside and asked, “Is that ground perfectly straight?” My response was, “It is in MY garden, so can I have a ruler now?”  And I think I made the volunteer art lady cry a few years ago when she tried to distract me with an art project during chemo because I asked her for a ruler (What is up with art people and rulers? People with rulers can be creative too.  Look at architects!).

I continued with my dream of tiaras and zealous singing until the fifth grade when fate stepped in.  My fifth grade choir teacher took me aside and suggested that I try out for band.  “Holy cow,” I thought, “she recognizes my musical ability and wants me to try band!”  She was a musical professional and I was certainly going to take her advice.  It wasn’t until years later that I realized that you couldn’t be in band AND choir, so possibly she was saving herself from several years more of my singing.

My dreams of being Miss America (and wearing a tiara) faded over time, but I remember struggling to figure out what my talent would be in life for many years. Music was certainly not going to be my forte as it is possible that I was even worse at playing the flute than singing – but the band director was stuck with me through high school.

I may have spent so much time looking for my talent that I aged out of trying out for Miss America.  (Truthfully, there were many reasons I wasn’t going to be Miss America, but let’s blame it on talent, shall we?)  And just to be clear, I still sing (loudly) when I’m outside mowing or doing chores.

It wasn’t until many years later that my Dad looked at me and said, “You should write a book.  Your stories are very funny and you can paint a picture with your words.”  Writing had always been a hobby and something that brought me joy, but I never thought of it as a talent.  My dad showed more faith in me than I had in myself.

Some people are born with exceptional talent and never have to search for it. Others, like myself, find talent later in life. In these difficult times, I find that my imagination and humor make sheltering in place quite easy. I’m trying out new recipes every couple of days. I learned to make masks and headbands. And I’m teaching my three year old granddaughter geography and the animals of the world via email. It wasn’t too long ago that I was trying to find the time to do these things.