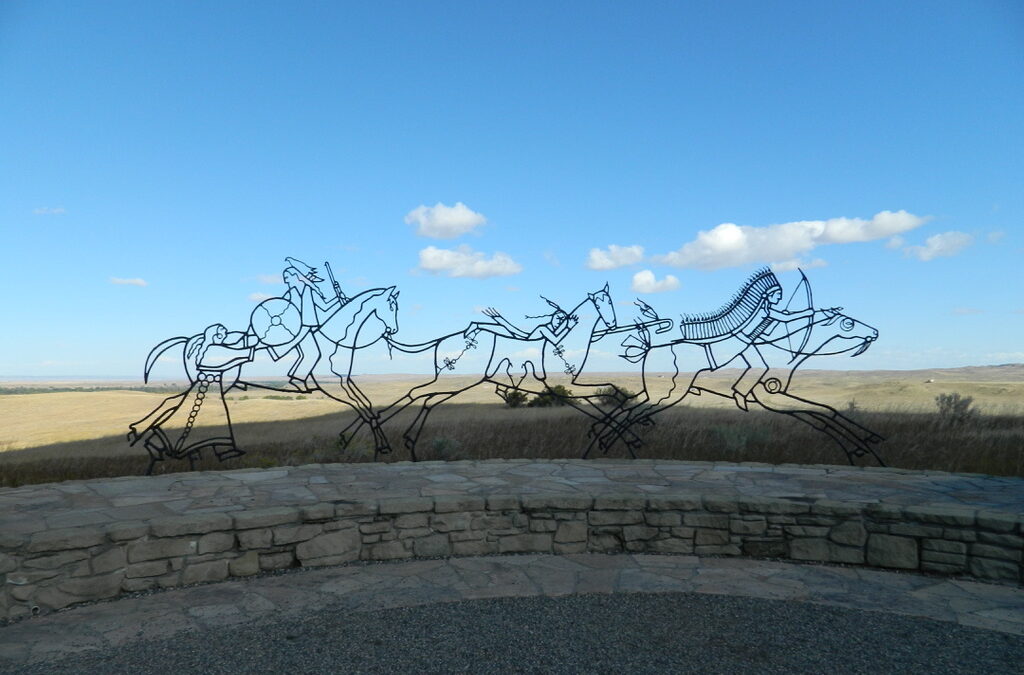 We get ready to leave the hotel for our trip south to Buffalo, WY when I ask Gene what the plan for the day is.  “I want to stop at Little Big Horn Battlefield if you don’t mind,” he says.  Of course I don’t mind.  I know about Custer and Little Big Horn – some.   “And there are a couple of forts and other battle fields along the way,” he says.  Of course there are.  I’m calculating in my head how long the two hour drive to Buffalo, WY  is really going to take. Honestly, I love history and I love walking outside even more, so this is going to be a great day.

We enter the Little Big Horn Battlefield and wave our National Parks Pass (they should pay me advertising for mentioning it so many times!).  We step out of the car and the car doors are nearly yanked out of our hands by the wind.  Wow, the winds are very strong.  We grab a jacket and start walking through this beautiful park.  The entrance is at the National Cemetery, which is always a moving sight.  Veterans from five wars are allowed to be buried here.  And the white headstones in precise lines are breathtaking.  We start climbing up the hill to the Custer Monument and we climb, stumble sideways, climb, stumble and so on until we reach the top.  We have been at altitude for three weeks, but climbing with a mask is difficult and 50 mph cross winds don’t help.  The views are incredible.  And there are only a handful of people up there early in the morning.

We spend the next couple of hours driving through the 10 mile park and walking and reading the exhibits, admiring the views, and thinking about history and the lives lost.  I always feel that when you walk these sites and think about the human toll the battles took on both sides, you have a deeper respect for understanding other people’s viewpoint.

I think that what struck us most about this National Park was that the story of the battles was told from both sides and both perspectives.  Indian grave markers in the battlefield are red granite, soldier stones are white. It was so well done.  The theme of the dedication is “Peace through Unity”.  Words are powerful and I will share some of the dedication quotes that we read:

“Forty Years ago I fought Custer till all were dead. I was then the enemy of the Whitemen. Now I am the friend and brother, living in peace together under the flag of our country.” -Two Moons, Northern Cheyenne

“If this memorial is to serve its total purpose, it must not only be a tribute to the dead; it must contain a message for the living…power through unity…”  Enos Poor Bear, Sr., Oglala Lakota Elder

Until recently, no memorial had honored the Native Americans who struggled to preserve and defend their homeland and traditional way of life. Their heroic sacrifice was never formally recognized – until now.

When we reached the end of the park and turned around, we notice a large wildfire in the distance.  With the winds blowing in 50 mph gusts, we decided we should start heading back to the entrance (towards the fires).  We noticed a second wildfire when we were about halfway back.  It seems we have been avoiding, smelling, and redirecting from wildfires for weeks, and we have.

We got back on the highway and headed to Sheridan, Wyoming for a quick late lunch and I laughed as the sign at McDonald’s says “Now hiring smiling faces.”  Everyone is wearing a mask.  How can you tell if they are smiling or not? We grab a quick meal and eat in a park watching kids play in the single puddle of water.  At least a dozen children managed to splash through it.  I thought of Steven who never followed a sidewalk and always found a puddle when he was young.

We then pointed our vehicle toward the next fort along the way, Phil Kearny Fort.  This Fort is only a mile or two off the highway and we pull up to see dozens of tents and campers in front of the fort.  We pull in and read that they are having a boy scout “Camparoo”.  Too many people, too small a space.  We decide not to stop and head to Buffalo for the night.

When we pull into Buffalo, Wyoming, Gene looks at me like I have just booked him into a Dude Ranch (again)!  I tell him, “You are going to have to trust me on this one.”  While the population is around 4500, there are some great places here. I point him to the “downtown” area and we hit the local Pottery Depot where local artists have renovated a Depot into a studio.  The gift store is small, but we both point to the same piece of pottery and decide that it will be our souvenir from Wyoming.

From the store, we set out with Google Maps to find our Hampton Inn.  It directs us to a vacant lot.  Gene looks at me, and I swear to him that I have investigated this hotel and it has a walk in shower, air conditioner, AND a bed.  I do a quick search and we are nowhere near the hotel (Well, seriously, it is a town of 4500 people, we are in fact near enough).  We find the hotel and as I am checking in, Gene looks over his shoulder and laughs.  The breakfast room has “ghosts” with wigs sitting at every other table for social distancing.  I have laughed the entire trip at some of the creative face mask recommendations.

Our room was fine and Gene asked if there were any restaurants in town.  Oh ye of little faith.  This one I’m excited about.  I’m really going to get out of the doghouse for the Dude Ranch.  I booked us a table (well, not really, they don’t take reservations) at the Virginian Restaurant in Historic downtown Buffalo Wyoming!  And there is a saloon with real bullet holes attached to the restaurant!  Give me points for history and folk lore.  Here is a description from their website.  I didn’t write it, but it sounds like something I would write:

“From the beginning, Owen Wister’s famous novel, “The Virginian,” has been connected with the Occidental Hotel. When he first came to Wyoming in the 1880’s Wister visited the hotel and responded strongly to what he saw here.

He spent many hours in the Occidental Saloon, closely observing the colorful Cowboys, cattlemen, lawmen and desperadoes that frequented the place. And when it came time to write his book, he based many of his fictional characters on the real characters that he had seen at the Occidental.

In the rip-roaring days of early Wyoming, the saloon at the Occidental Hotel was famous far and wide. In the barroom, the lawful and the lawless played faro and poker… flirted with pretty ladies… drank copious quantities of powerful spirits… and occasionally shot up the place.

In 1908, the original rough barroom was replaced with one of the most elegant saloons in Wyoming. An imposing back bar with stained glass accents was installed, along with an intricately embossed tin ceiling, and impressive period decorations everywhere. All of this has been preserved and restored, for you to admire today as you enjoy a soda pop… or something stronger.

When you mosey up to the 25-foot bar, you will be standing in the exact spot where cowboys, sheriffs, desperados and cattle barons gathered. You may almost hear them arguing and making deals. In your imagination, you might even hear shots ring out – and if you look around you and up at the ceiling, you can still count numerous original bullet holes!”

“Dude, that’s awesome!”  says Gene (never).  But he was excited about the history and the fact that they had bison on the menu.  We had one of the most amazing meals of our trip at the Virginian Restaurant.  They sat us in the picture window (Think of us sitting at a Macy’s display window in NYC), which I promptly dubbed the “time out room” and made our waitress laugh.  It was a table for two and as people walked by on the street taking photos, I got to photo bomb their photos.  Gene just laughed every time I did it.    When we left, he said he would quit doubting me.  Sure he will!  Wait until I tell him about our next hotel! 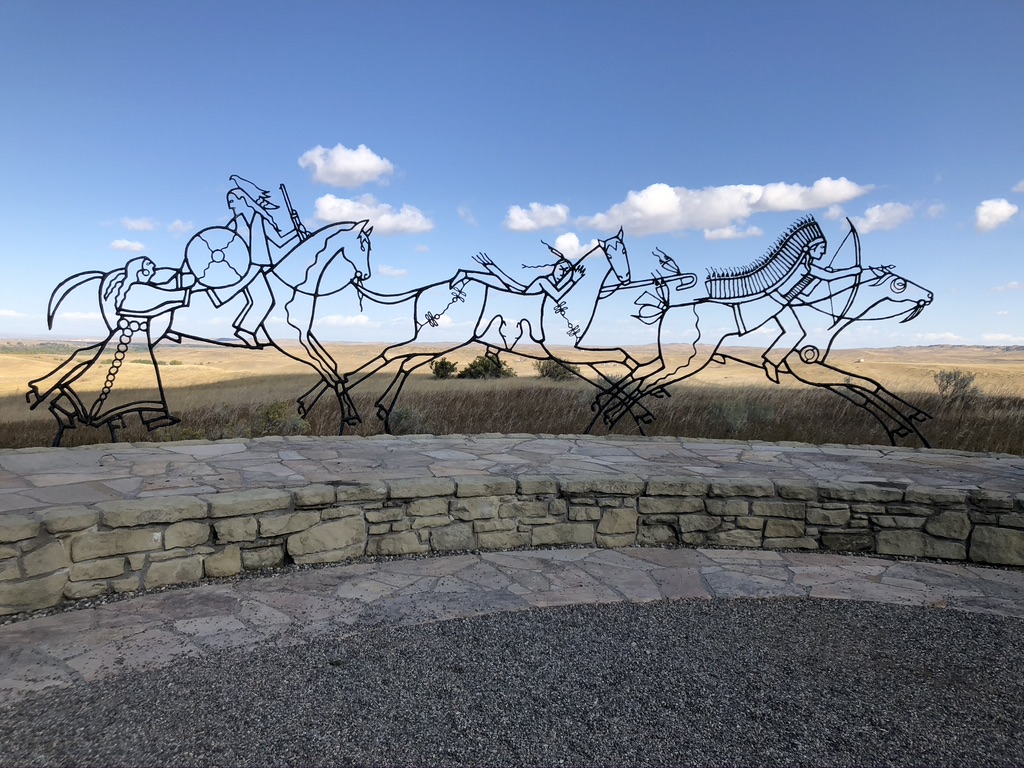 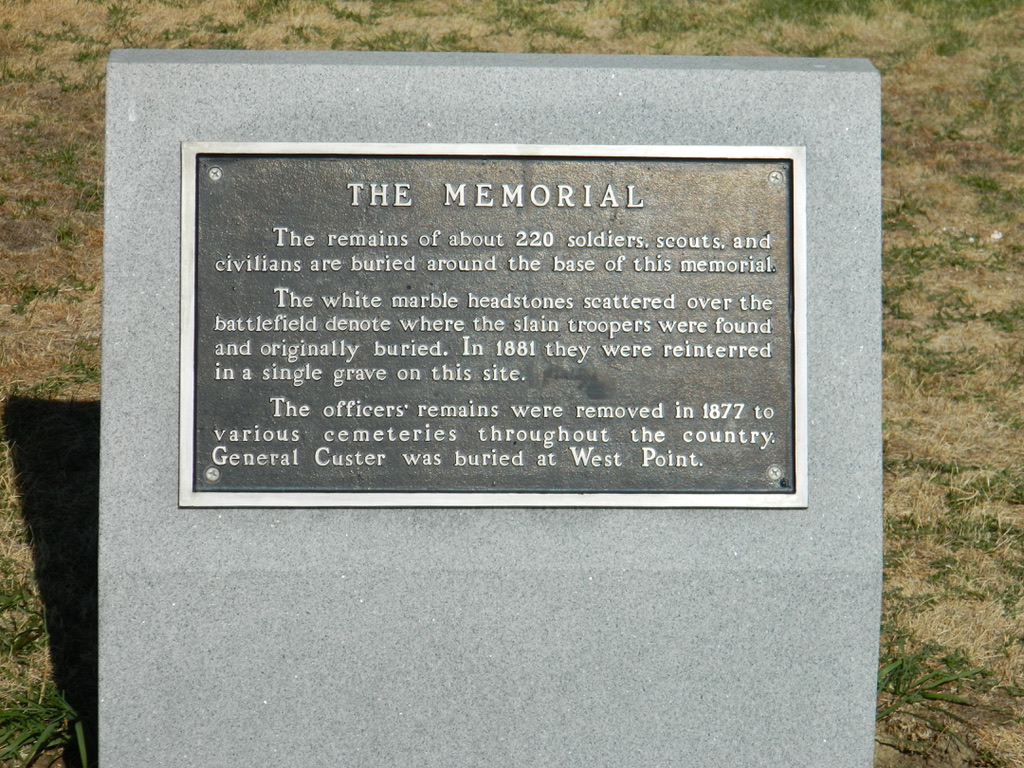 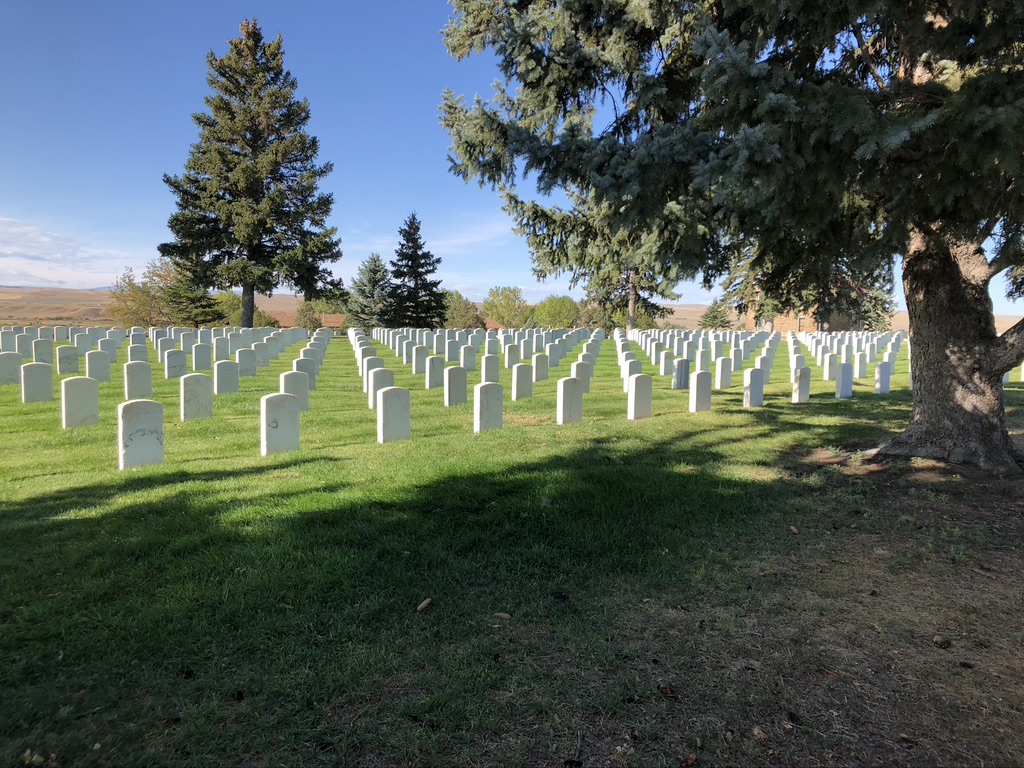 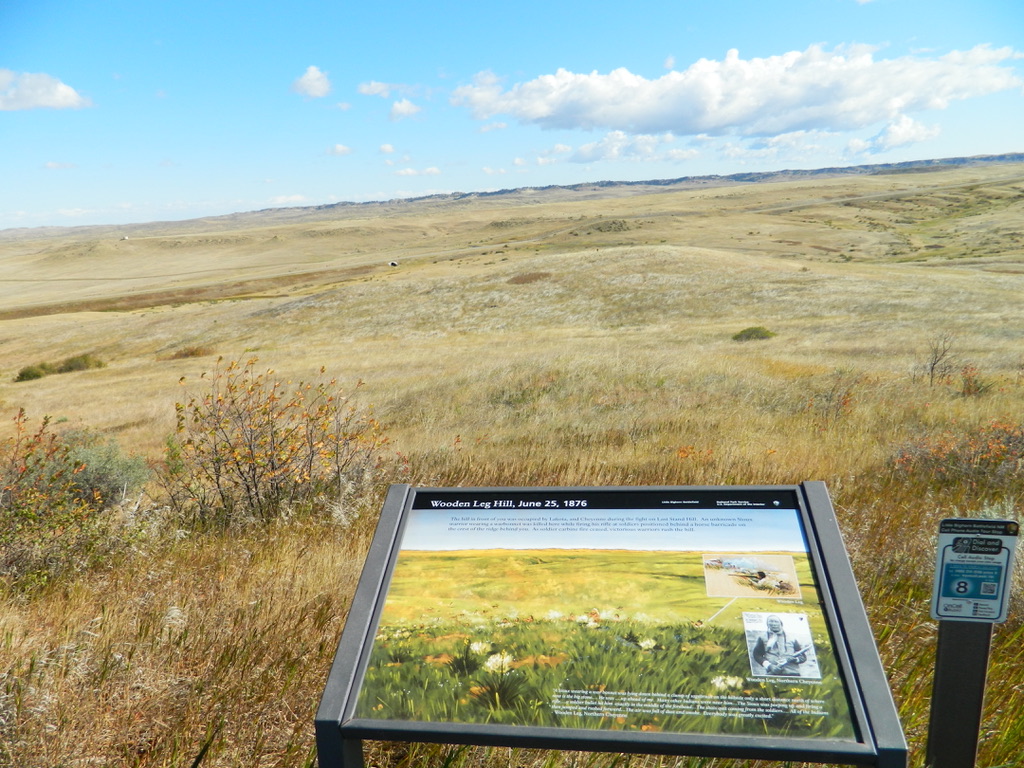 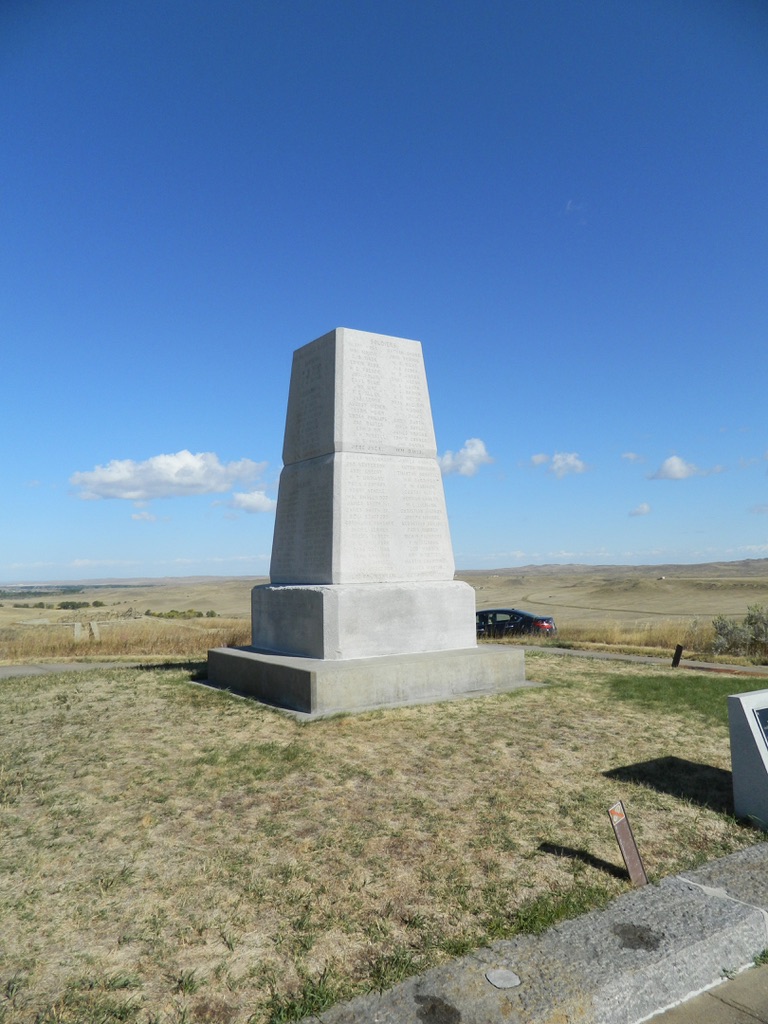 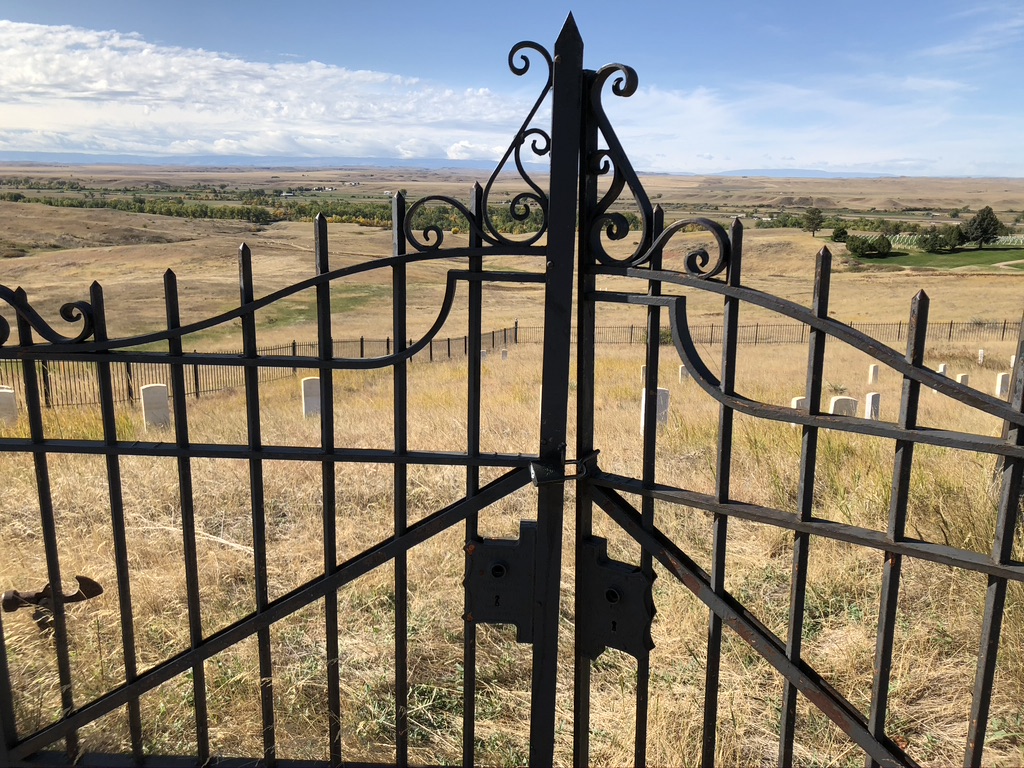 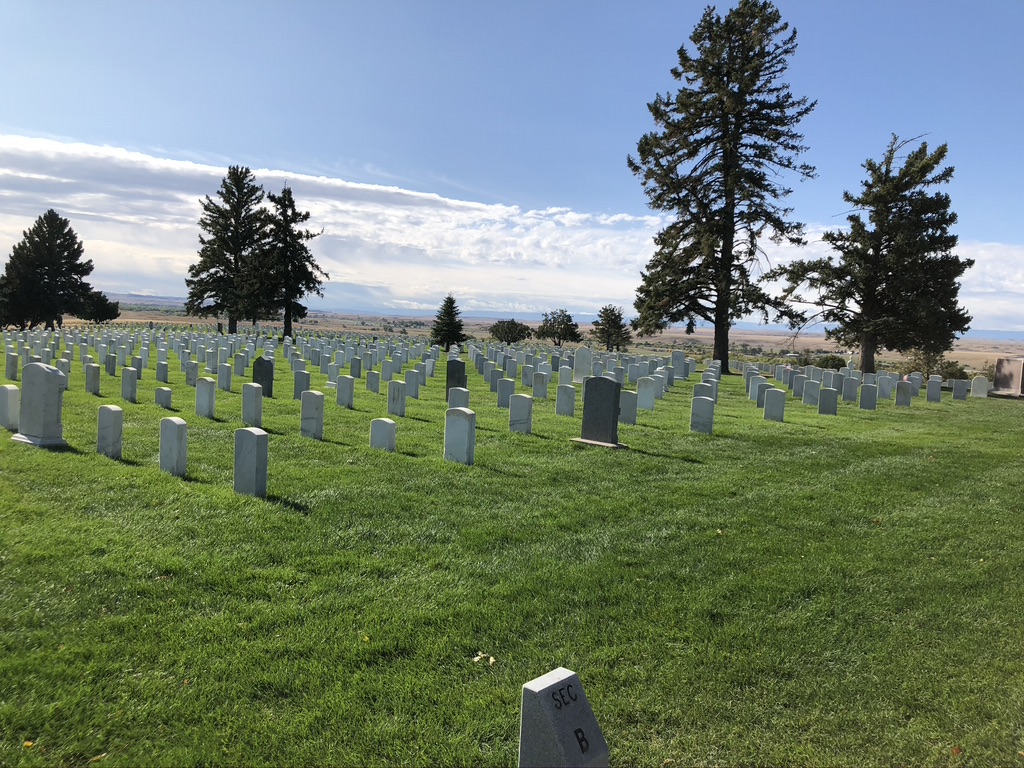 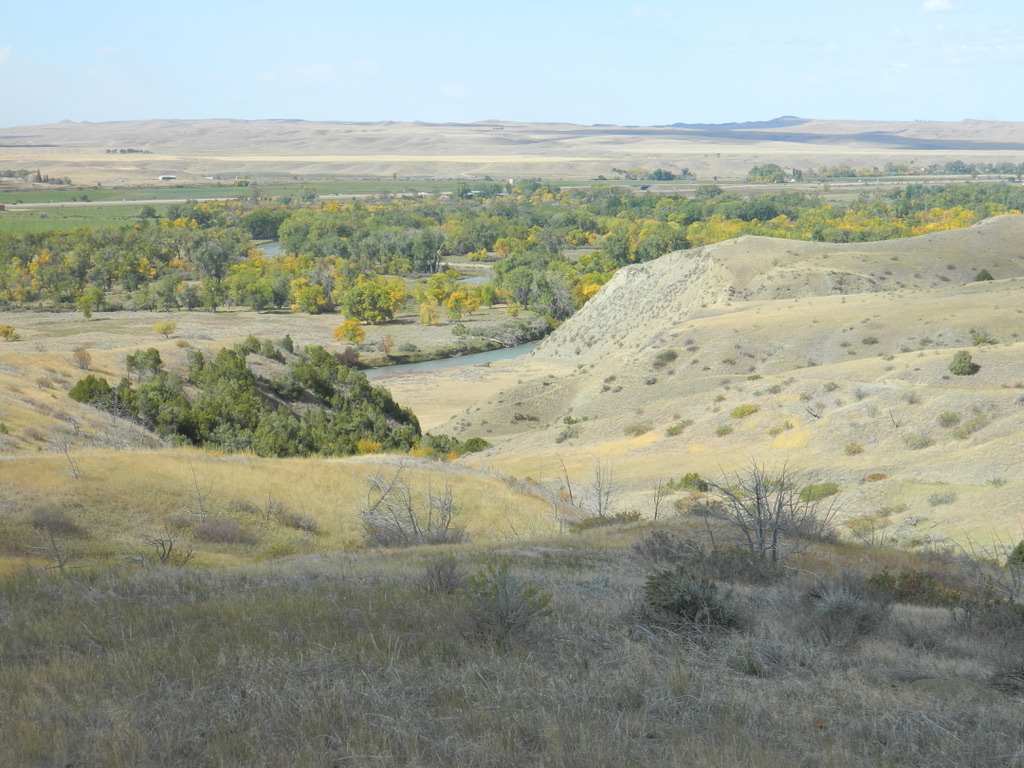 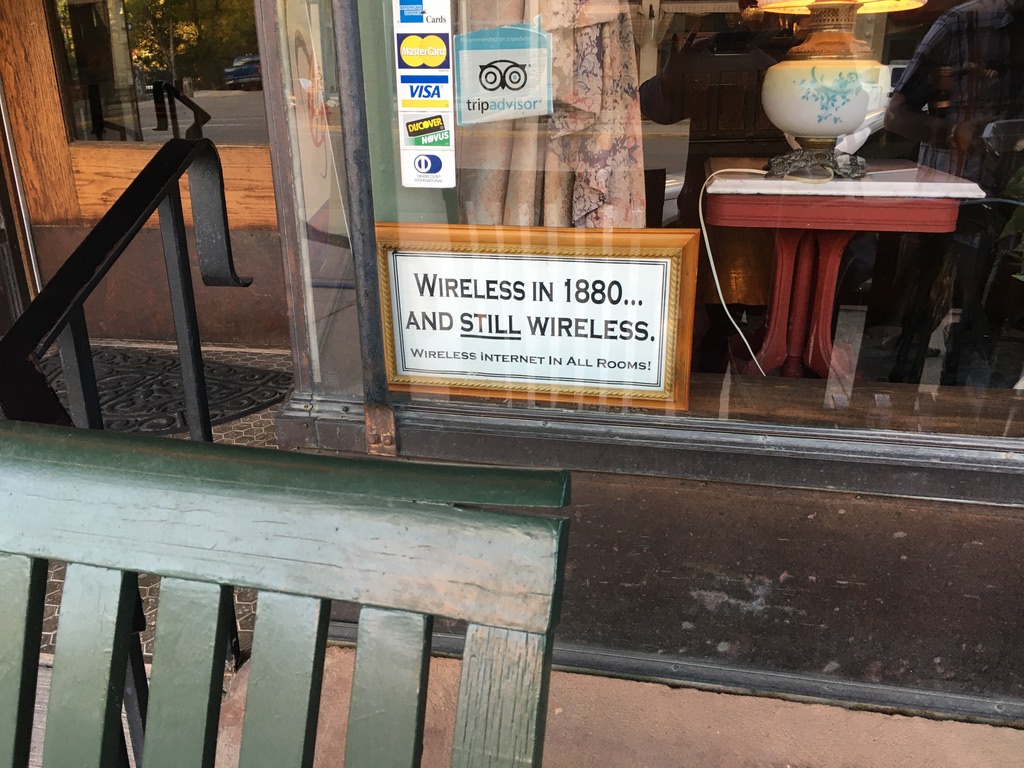 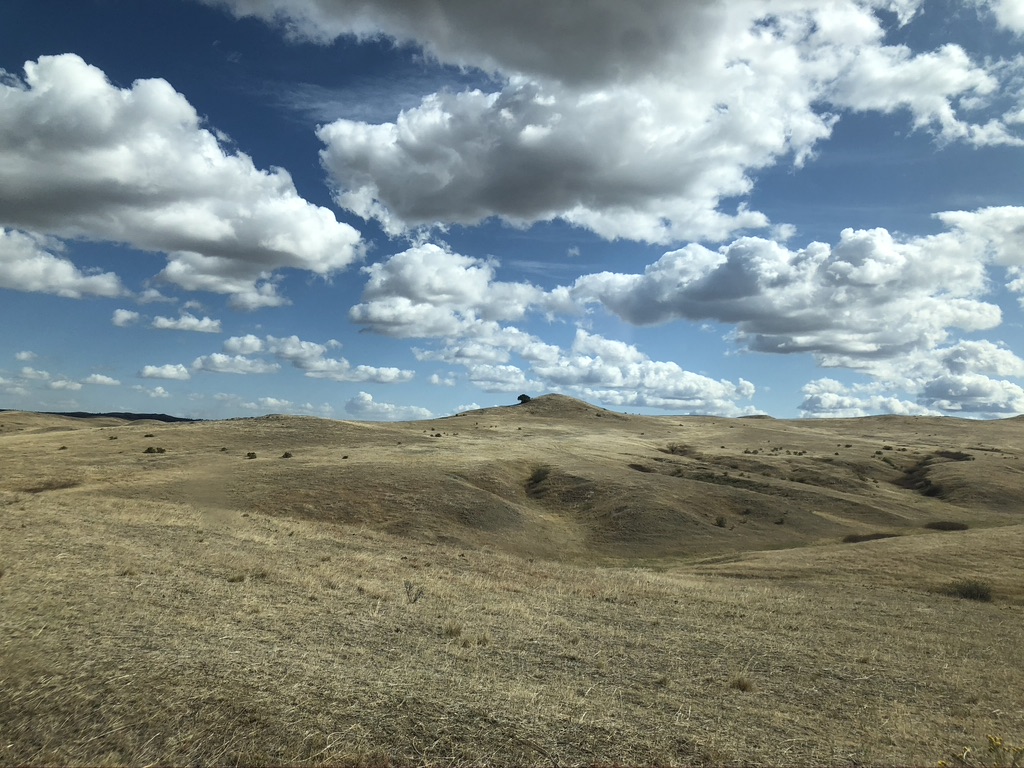 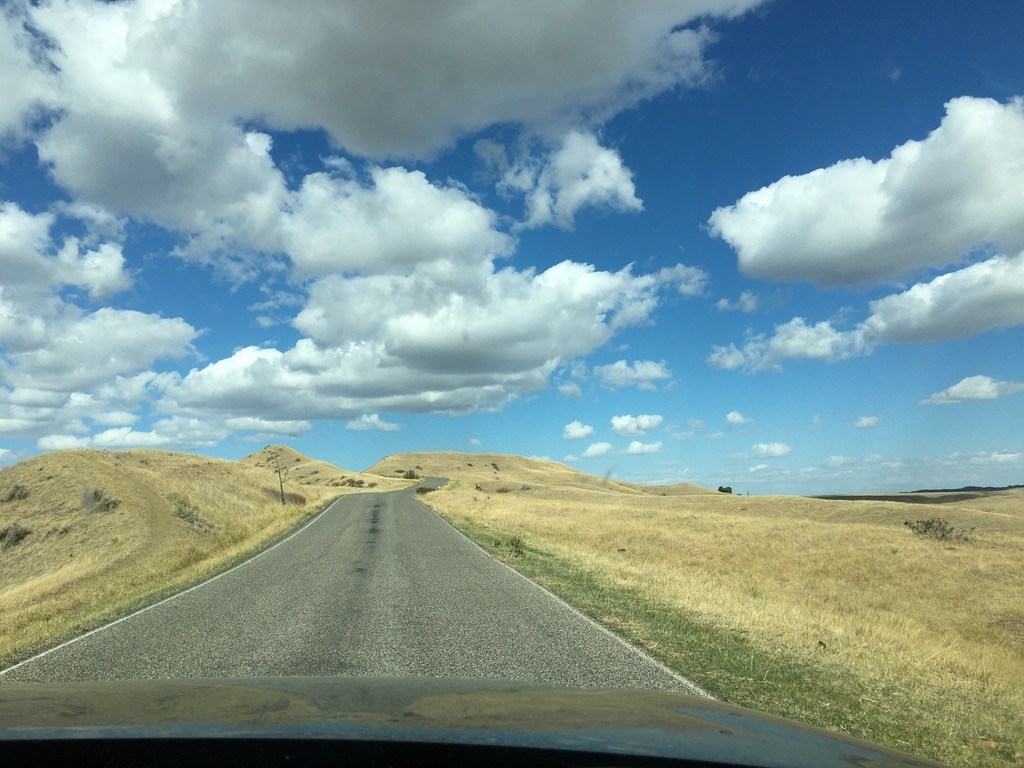 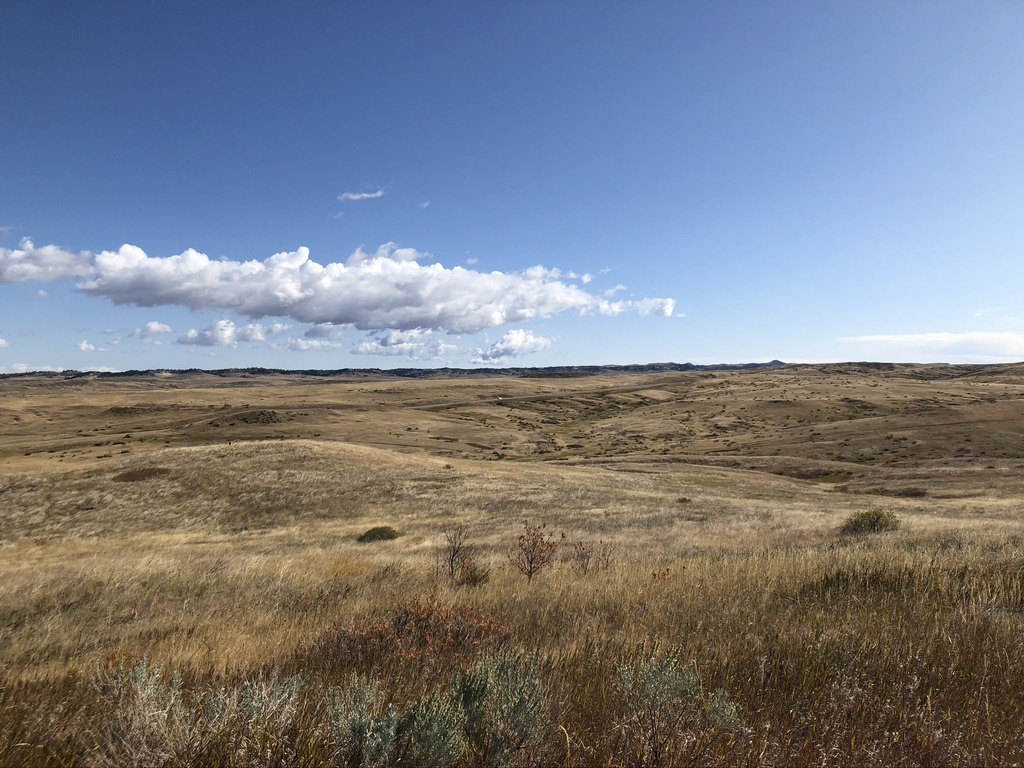