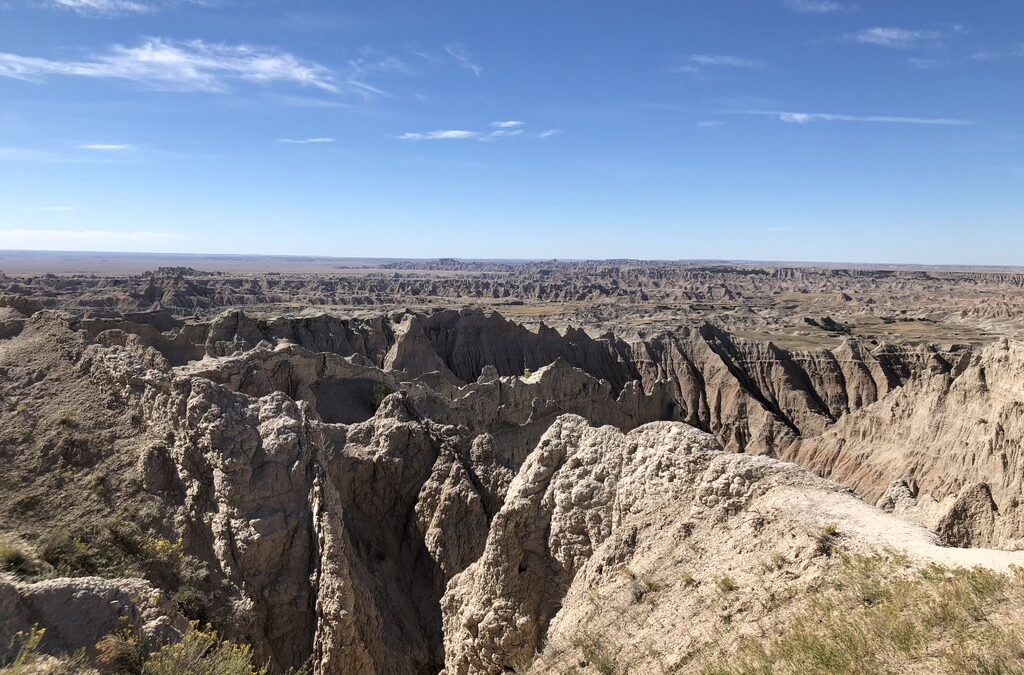 If you want to social distance and see stunning scenery, then the badlands is where you need to go.  We left Custer and drove Hwy. 16A through Custer State Park on our way to the Badlands.  Sure, there are faster ways to go, but we thought we would take the scenic view.  Custer Park is beautiful and Gene successfully dodged deer along the drive.  It is a wildlife reserve and we saw bighorn sheep and signs warning of the bison roundup.  The roundup is an annual event and it was scheduled for a few days before we arrived.  We saw several trucks with empty trailers coming into the park.  It was a nice morning and a leisurely drive.

I Googled “Why are they called the Badlands?” because I really had no idea. I found out that the Lakota people were the first to call this place “mako sica” or “land bad.” Extreme temperatures, lack of water, and the exposed rugged terrain led to this name.  There you have it.  You are welcome.

We entered the Badlands National Park from the north near Wall, SD.  Just as we are about to enter the park, there is a large herd of bison right next to the road.  Several cars were pulled over to get photographs and Gene pulled over so I could get some photos too.  (Note: the bison were on the other side of the fence and cattle guard, so it was safe)  Unfortunately, the truck and trailer behind us blast past us and over the cattle guard scaring the bison who bolted.  Cars honked, people yelled, and the guy in the truck was oblivious.

We got our National Park Pass out and got to the gate where the sign says, “Pay at the other end.”  I’m having difficulty getting the enthusiasm from parks people about my pass.  There are many pull outs along the drive (we headed east) to get out and enjoy the view and take photos.  We took our time and stopped often.  We ohhhed and ahhhed for several hours throughout the drive.  I found myself wondering if the people traveling west 150 years ago appreciated the beauty or sighed at yet another obstacle.  I would like to think a little of both.  If you ever get the opportunity to drive through the badlands, do it.  The geological formations and rock deposits and erosion are breathtaking.

We had two areas of single lane roads due to construction (of course there was construction!) with long waits for a pilot car.  At one point, I saw a construction worker walking and it reminded me of all the video of animals walking by our car that I had taken on this trip.  I laughed and told Gene I should video the bipod walking by.  We exited the park and NO ONE asked to see our National Parks Pass, sigh.

We spent the next hour and a half taking exits from the highway in search of lunch only to find that a number of small towns have been seriously hurt by Covid shutdowns and shortages of supplies.  At 2:00, we gave up and pulled into a gas station and grabbed a Subway sandwich.  Half the menu was blocked off with notes that they were waiting for supplies.  We got by.

We arrived in Sioux Falls about five o’clock after a long day in the car.  It is official.  If we never see the clothes that we have been wearing for a month, and never have to unload and reload the suitcases at a hotel, it will be fine with us.  We are ready to go home.  As we lay in bed that night, I told Gene, “I don’t regret one single moment of this trip . . . except tomorrow.”  He laughed.  We have a drive across the state of Iowa to get through so we can sleep in our own bed. 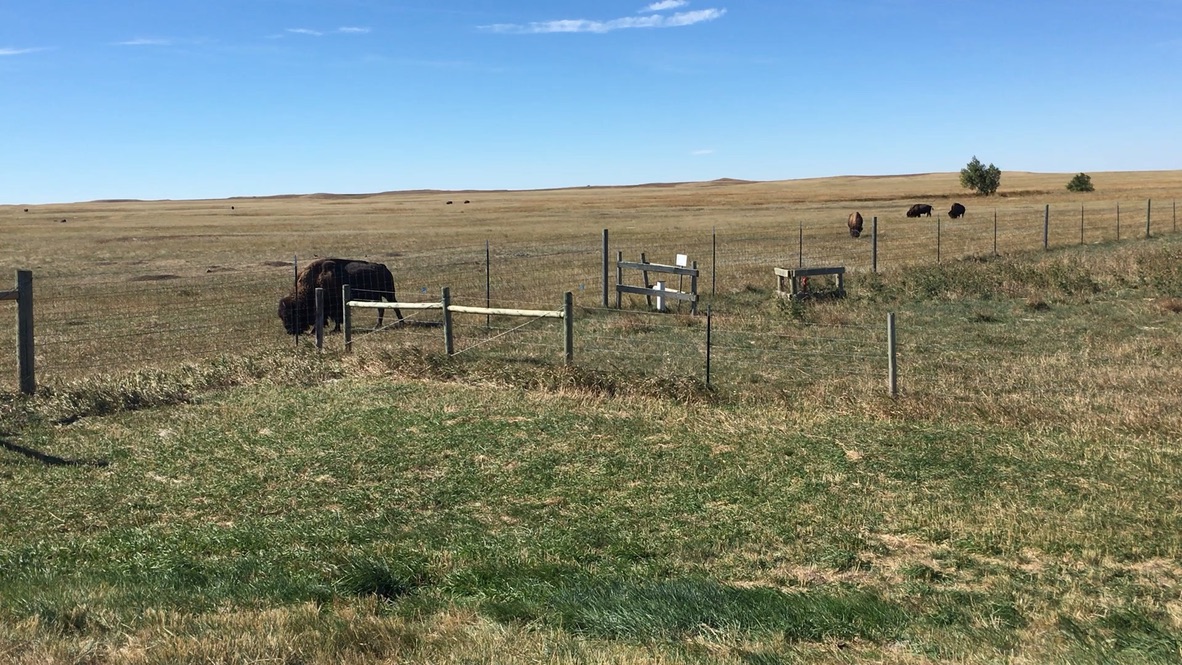 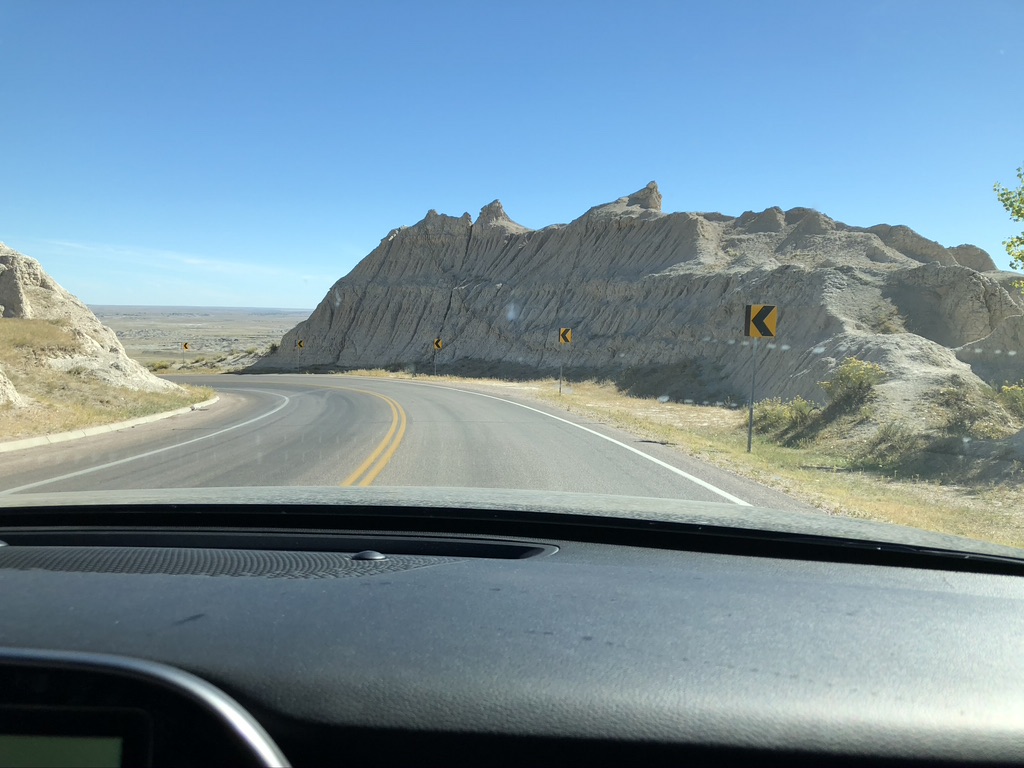 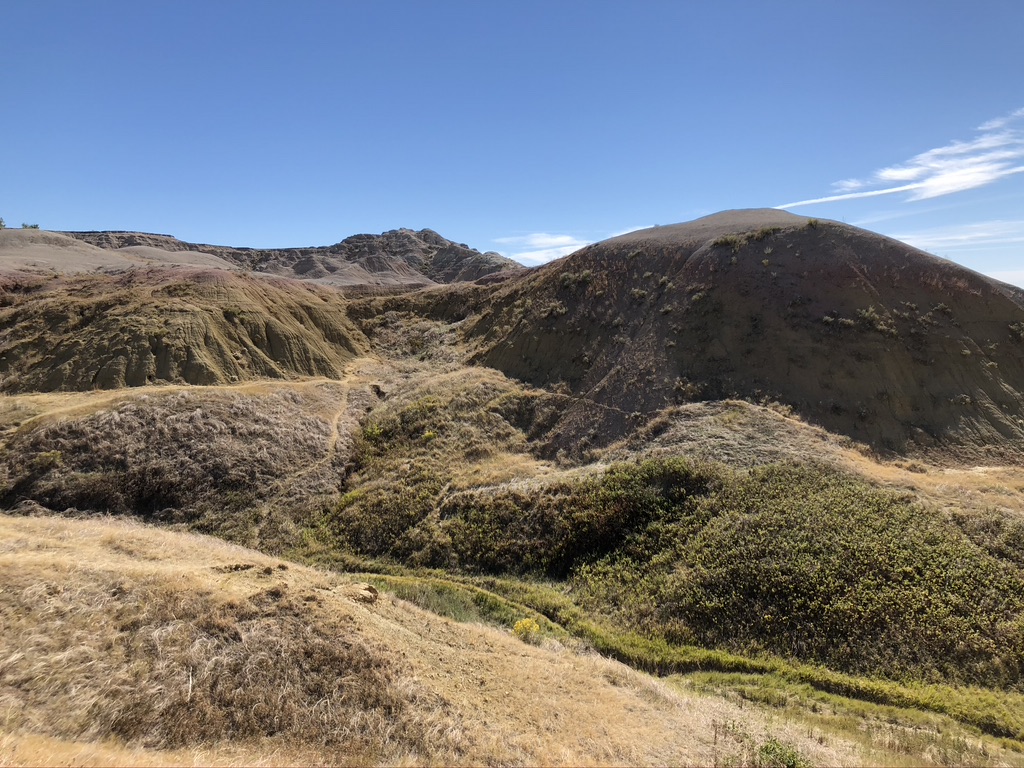 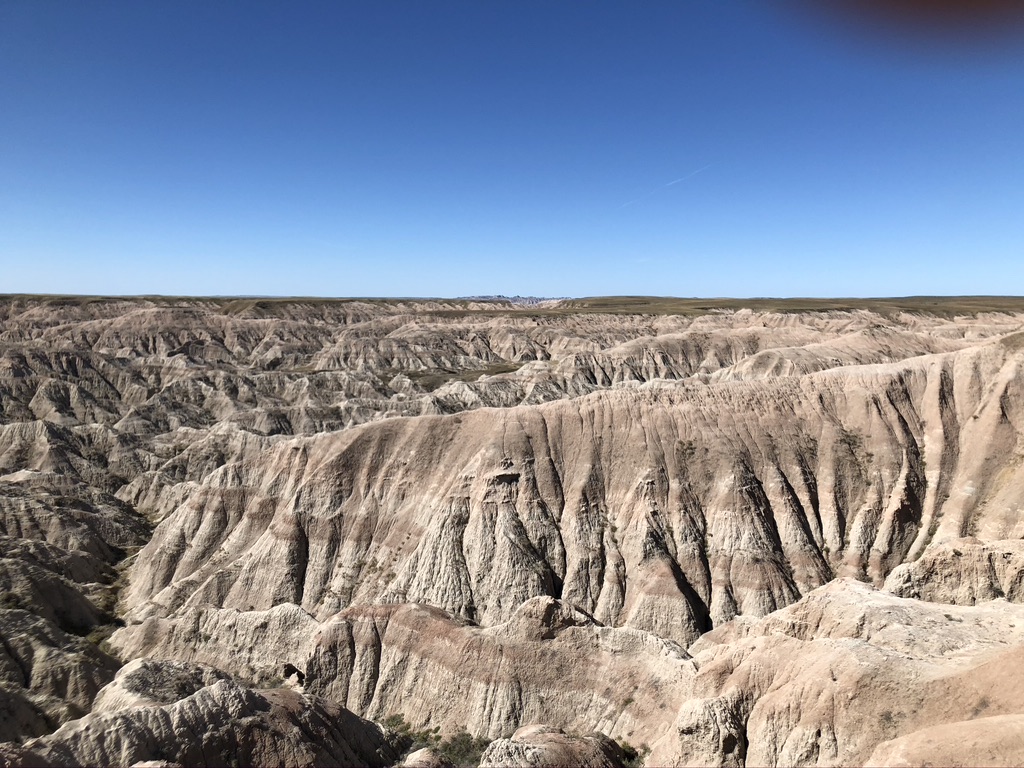 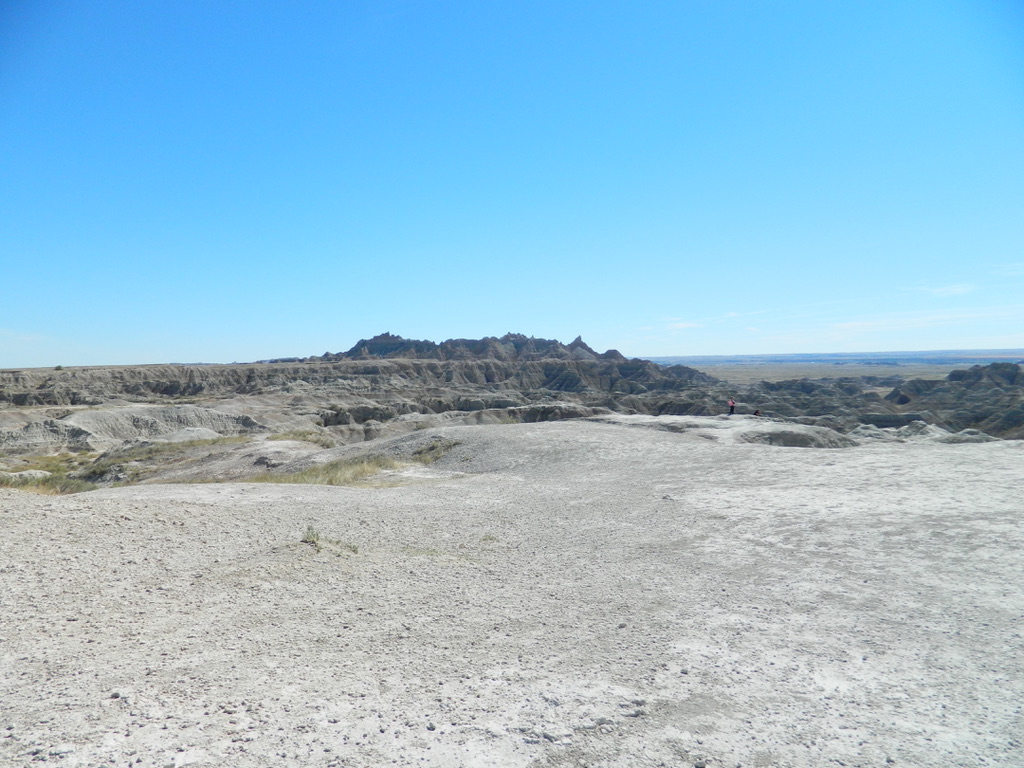 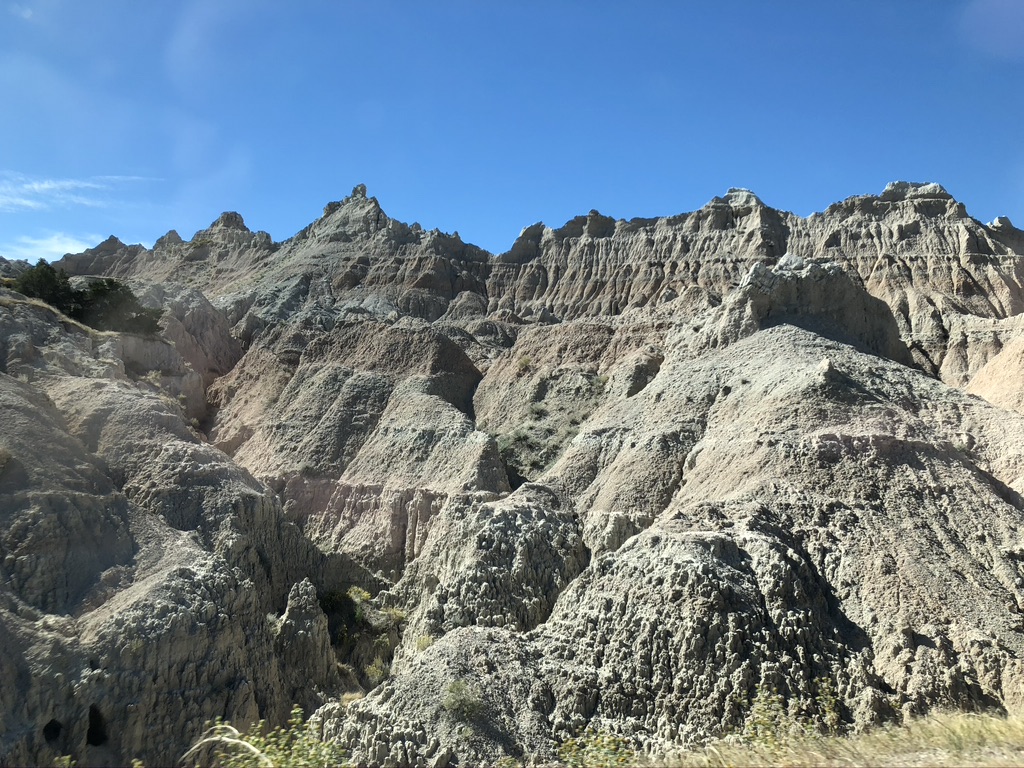 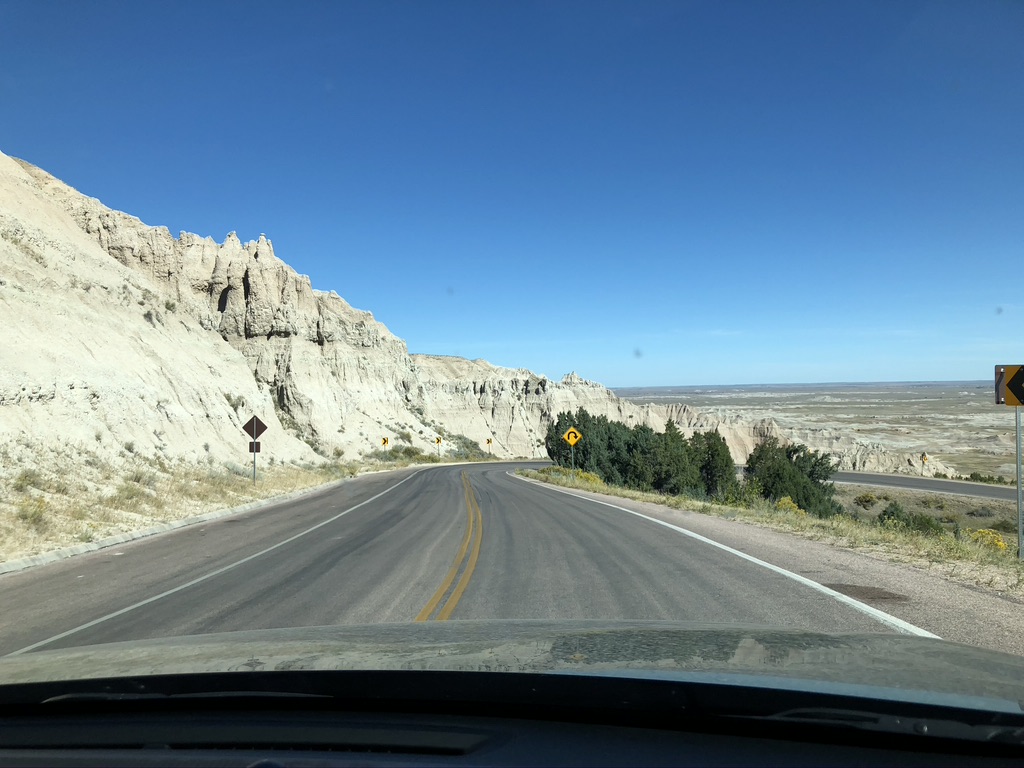 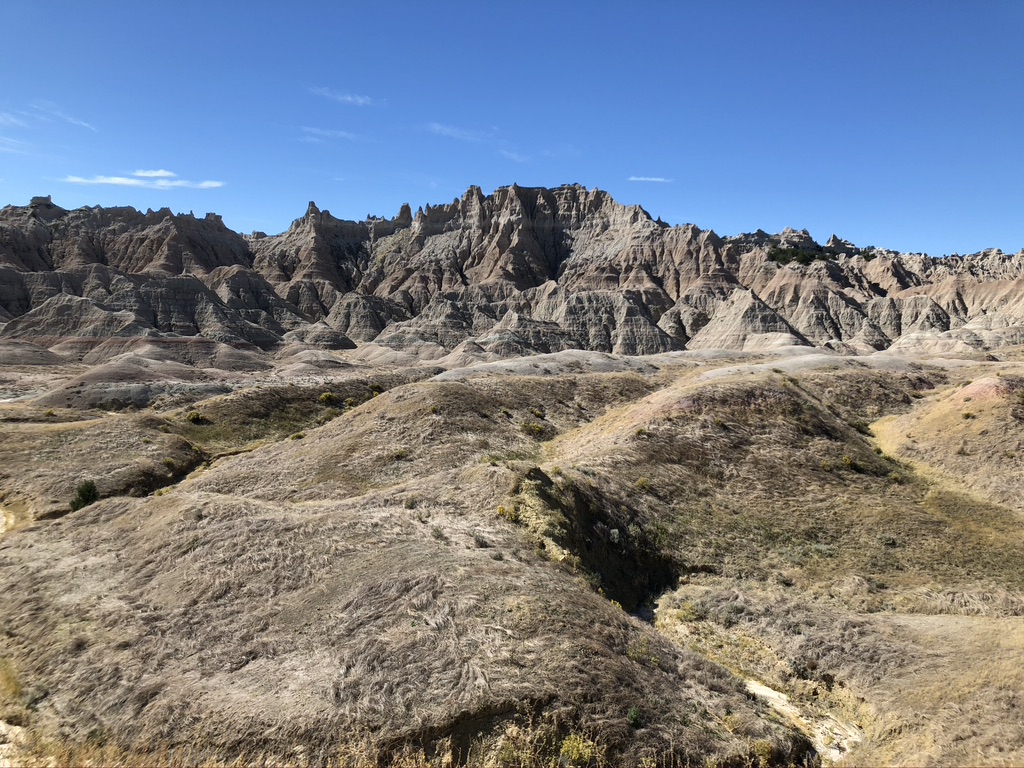