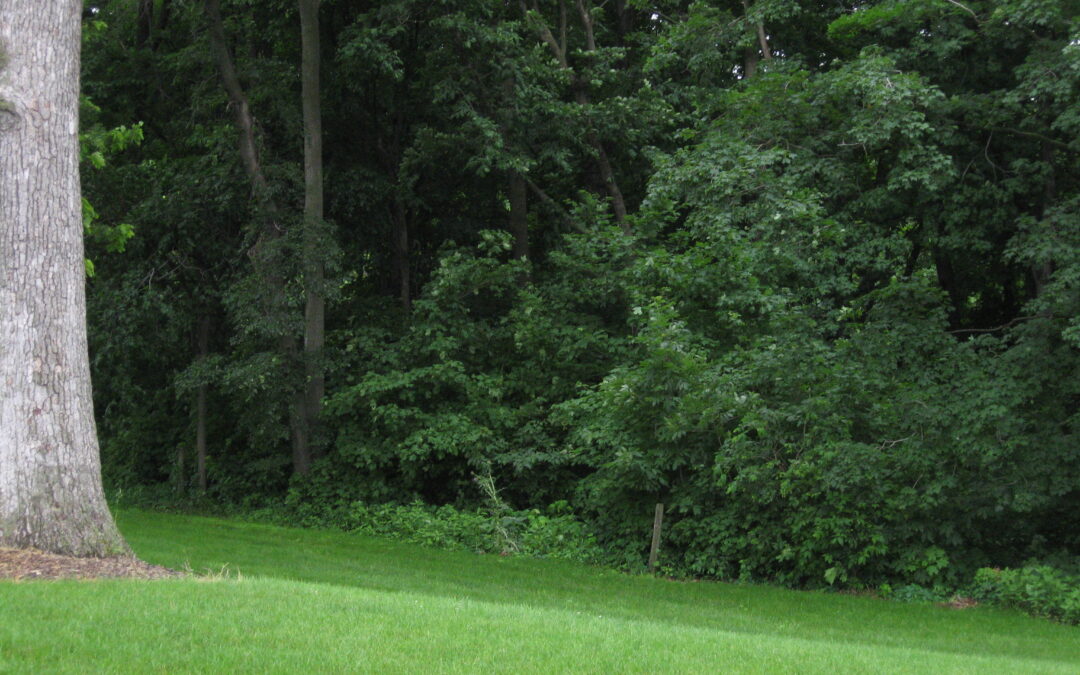 There is a part of our yard where the grass meets the woods that I respectfully refer to as Jurassic Park. I say respectfully, because things cross into there and don’t come out again. We have lost bird feeders, shovels, potted plants and other items to the abyss. I have seen squirrels and chipmunks run into the woods not to be seen again. Our dog won’t venture past the grass line. So respect is in order.

In the winter, when all the leaves have fallen, it doesn’t appear that scary. But as the leaves fill in, it becomes so dense that you can sense movement, but not identify the source. My neighbor once came barreling out of Jurassic Park riding a 4 wheeler, dressed in camo gear, a hat and goggles, and carrying a chainsaw. I had visions of the Texas Chainsaw Massacre before I recognized who he was. I’m still not sure why he was in there (I have learned that good neighbors don’t ask questions), but he came out fast. As for the chainsaw . . . I wouldn’t go in there unprotected either!

Sometimes I hear noises in the woods that I can’t identify. Crashing and rustling sounds, and I’m pretty sure an exotic monkey lives in there.  Maybe it is a bird, but it sure sound like a monkey.  It cries out to me and taunts me as I cautiously walk by.

And now, things are coming out of Jurassic Park that we didn’t put there. Yesterday, we discovered a large bone near our wood pile. This bone was picked clean and lying on the edge of the woods, taunting us to walk in and find the rest of the body. It reminded me of the movie where the scientist told everyone it was safe to explore Jurassic Park and then they were chased and eaten by dinosaurs. I’m not going exploring anytime soon.