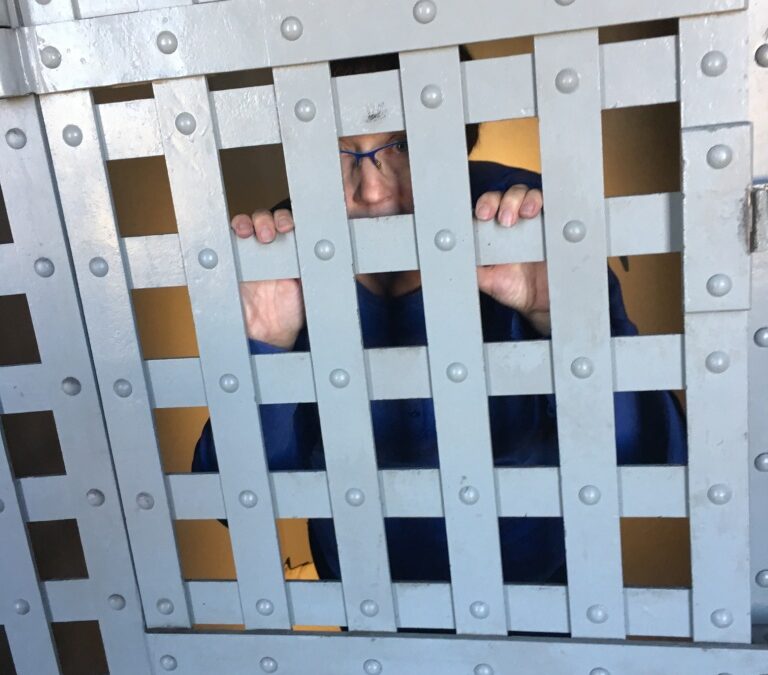 Years ago, Gene was home babysitting our boys, and being 3 and 4 year old boys, they were misbehaving.  Gene had had enough and loaded them into their car seats and drove them to the county jail. (I’m not the only creative one in the family!)  He explained to them that he was trying to teach them how to behave properly and if they misbehaved when they were adults, they would go to jail (remember, they were 3 and 4 years old at the time).

When I got home, he told me the story and my response was a raised eye brown and, “How did that go?”  Gene’s sigh was exasperated.  He responded, “Nick (4 year old) cried and Steven (3 year old) was all excited and asked if we could go inside!” I died laughing. I couldn’t even be mad that he took them to jail because the story was so funny and the exasperated look on Gene’s face was priceless.

We have told that story to frustrated parents over the years and they always laugh.  So when we were planning our drive through Wyoming and Gene said he wanted to go to the Wyoming Territorial Prison, I had to laugh.  Sure.  Why not?  Afterall, he had never taken ME to jail!

The tour was quite interesting, but you know that I was waiting for the prison shot.  I can’t believe I actually talked Gene into stepping into the cell so I could get his photo.  When I asked him to take my photo . . . he shut the door, LOL. I have a pretty healthy claustrophobia radar but somehow managed to laugh it off. 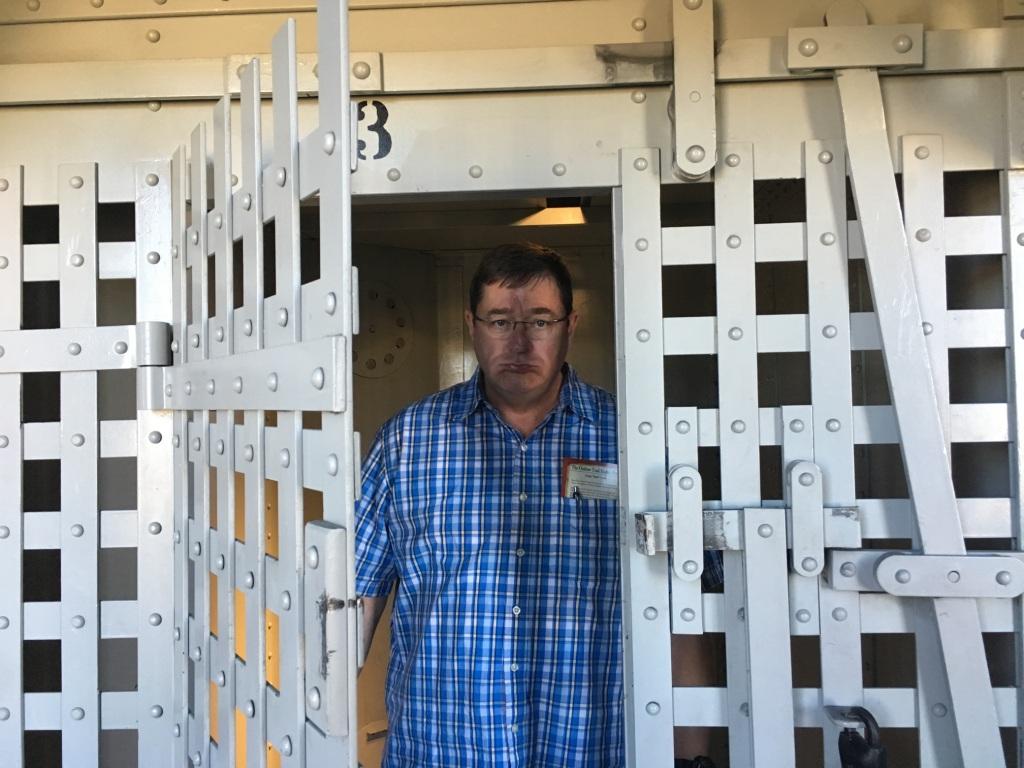 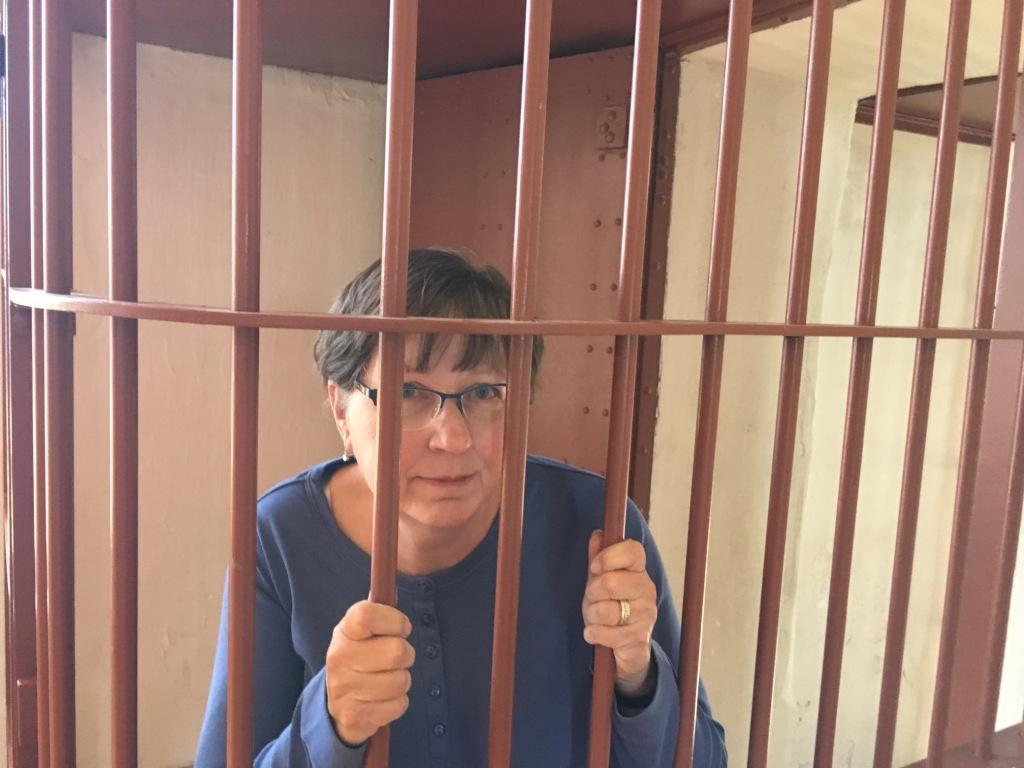